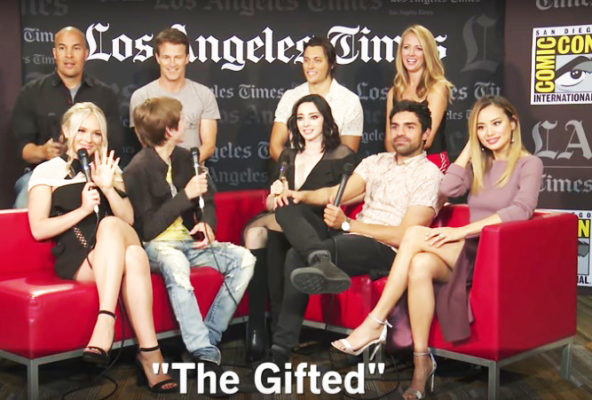 After so long without seeing Stephen Moyer in a lot of interviews, the last few days promoting The Gifted has certainly been a treat! Having sat in Ballroom 20 watching the panel, I can attest that the show was well received by the audience and there are many who are looking forward to seeing Stephen as Reed Strucker! We’re happy that so many videos of the cast appearances and interviews are now online. 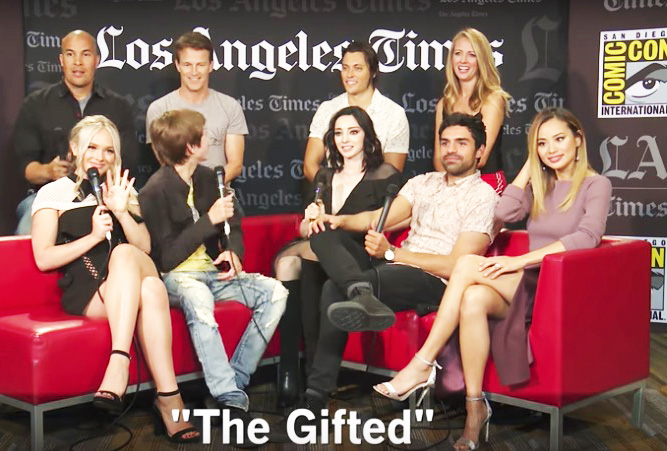 Below are even more videos from the cast visit to Comic Con which we know you’ll enjoy.

The Cast talk with the LA Times about their TV show in a full interview.

In the first video Stephen Moyer and the cast talk about The Gifted being a family show, bloopers, on screen kisses, food on the set and more.

In this interview, Steve talks about how our current society is reflected in the show. Note: the video includes Stephen’s daughter Lilac who is seated next to him.

In the next interview Steve discusses:

How do mutants compare to vampires?

Social commentary has always been an important part of the X-Men universe. Does that hold true for the series?

How does your character in the series compare to the characters in the comics?

How into the X-Men franchise were you before you got cast?

Did Anna Paquin give you any sort of idea about your entry into the X world?

David Griffin reviews the footage and panel discussion for “The Gifted” from San Diego Comic-Con.

HNS Interviews Stephen Moyer from ‘The Gifted’ at Comic Con 2017

Fan reaction to The Gifted Panel at Comic Con