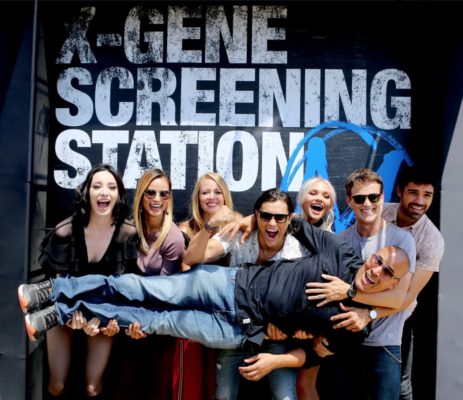 On The Hilton Bayfront Lawn Fox pulled out all the stops at Comic-Con 2017 we looked for the X-Gene Screening station.  The full cast of the show arrived at the X-Gene station to see what it was all about.

Visitors were permitted attendees to learn whether they carry the X-Gene as part of a larger activation and social media campaign for the fall series, ‘The Gifted.’ Comic Con attendees could get “tested” for the mutant gene. I took this photo early in the morning long before those to be tested arrived.  I was in the mile long line to get into the Convention center (look for more to come on my journey to Comic Con 2017). 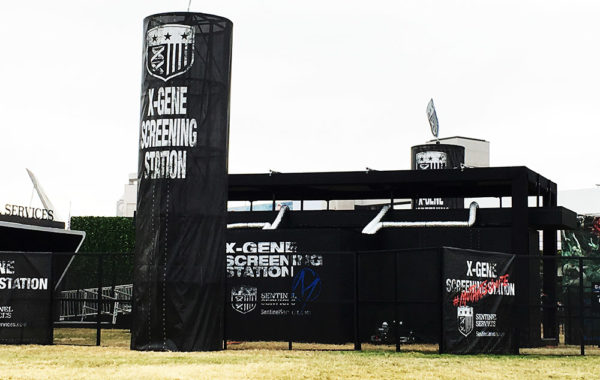 This is all part of Fox’s promotion for the show. While at Comic Con, even the cast got into the action with Stephen Moyer getting tested (see photo below). 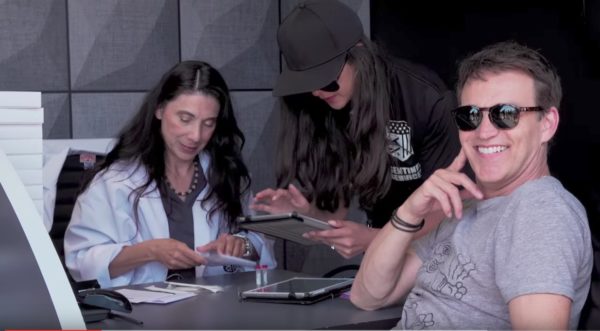 Find out all about it from The Hollywood Reporter in the video below:

Also, watch this video warning from Sentinel Services about the X-gene.