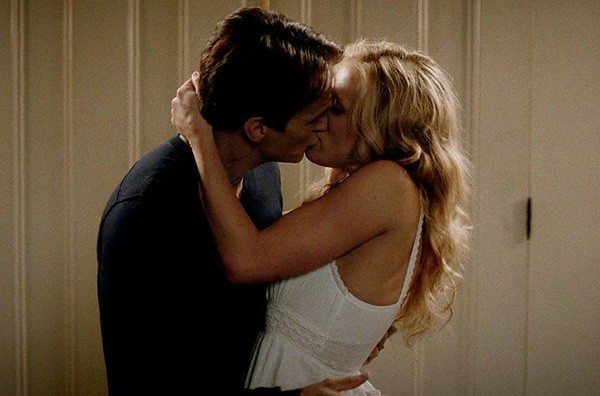 Sunday night’s episode, True Blood Season 7.07 “May Be The Last Time” was a turning point for Bill and Sookie and for the show. In the interview below with Entertainment Weekly, writer Craig Chester talks about the how and why they decided to reunite Bill and Sookie. 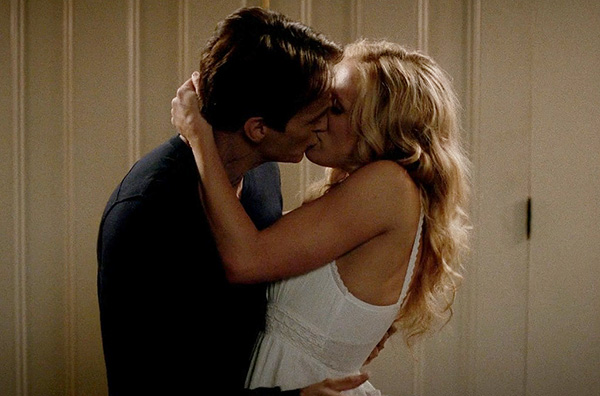 Read excerpts from the interview about Bill and Sookie below:

Fans are going to be talking about Sookie and Bill having sex. She finally seems to accept that he’s dying and realizes she wants to stay with him until the end. That was obviously written to be very reminiscent of their first time together in season 1.

A lot of discussion went into that scene, which I think some people have been waiting for for a very long time and others have maybe not. [Laughs] We did shoot, shot-for-shot, Sookie running to Bill’s house in a white dress, so it is literally a callback to episode six of season 1. But one of the things that we talked about is that these are two very different people now that are reconnecting, who obviously have this deep love for each other. It’s loaded with this history between them. That was something that Anna [Paquin] and Stephen [Moyer] beautifully conveyed, having played these characters for so long and knowing exactly where they’re at as they rekindle their feelings for each other.

When this season started, I remember thinking there was no way the show could get me to like Bill again and to root for him and Sookie. But it happened. Was that response something the writers worried about coming into this year?

We had a lot of discussions in the writers’ room about first love, and what it means to have a connection with someone that’s maybe not ideal in every way. I think a lot of people can relate to having that kind of intense connection with one other person that has its ups and downs. I think the fact that Bill is dying is the thing that allows Sookie to let go of whatever resentments that she might have had or accumulated over the years. When someone’s dying, it’s like all of the stuff that happened between you goes out the window. Everything suddenly becomes very real and very urgent. And I think that Bill is actually genuinely sorry for what he’s done to her. That transformation in him—I’m glad you said it feels organic—feels like the right thing for him.

In a way, it’s like his character hit bottom coming into this season. One of the reasons we’ve had all these flashbacks to his human life is that he’s reflecting on what that means: Who was he before he was turned into a vampire against his will and set off on this course in his undeath? He lost his family, he lost everything that he knew and loved. His feelings for Sookie, I think, are really real. I don’t think he intended for them to be real, but he did fall in love with her. When we were shooting episode 5 this season, which I also wrote, there was a scene on the porch where Anna and Stephen have a goodnight hug. I remember watching them shoot that scene and talking to Howie Deutch, who directed that episode, and going, “There is something undeniable about these actors’ chemistry.” It is one of the reasons why this show took off. And then they got married in real life, so it’s real. So it makes sense that of course, this was going to, in a very full circle way, go back to how it all began, which is this remarkable dynamic between these two characters and these two actors.

We still have three episodes left of the series. Do Bill and Sookie get time to enjoy this?

I think a lot of fans will watch the end of this episode and have expectations of where it’s going. There are a lot of people who want Bill and Sookie to wind up together, and there are people who don’t. I think the answer to your question is it’s very complex. One of the things we’re not shying away from is the complexity of that relationship. That’s all I’m gonna say.

The return of Niall [played by Rutger Hauer] came at a nice time.

We knew we wanted to bring Niall back at some point. We talked a lot about the first two seasons when we were starting this season, about going back to the more character-driven elements of the show that made us and fans love it. In the beginning of the series, Sookie had Gran to bounce things off of. There’s been an absence in her life of a sounding board, and Niall became that in this episode. He gives her a little bit of hope and then takes it back with a dose of reality: Magic can’t cure everything. It goes back to that theme: What does it mean to be human?

When we were breaking this episode, I think it was Bucky who thought, “We should bring back Dr. Ludwig.” One of the things we talked about was how to make Sookie more active this season. She was trying to save her friends from the H-vamps at Fangtasia. We’re continuing that pattern of hers: Bill’s sick, and she’s not going to accept it. What can she do to try to help him? Of course, call Dr. Ludwig, who treated Sookie when Sookie was injured by the maenad. She’s such a fascinating character and a fascinating actress.

He also discusses the other story lines of the episode such as Violet’s sex dungeon, Arlene’s meetings with Keith, etc. and answers a lot of questions for the fans. Read this entire interview at Entertainment Weekly