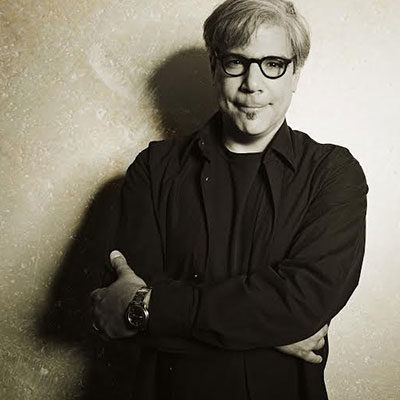 As all True Blood fans know, each episode is always titled after a song chosen by its music supervisor Gary Calamar in consultation with the writers.  We enjoy trying to guess which song it will be when the title for each episode is revealed during the filming of each season.

For episode 8, Somebody That I Used To Know”, Shadaliza was very sure that it would the song by Gotye. She was so sure, in fact, that she put it in print prior to the episode airing. I told her that although that could be it, I knew that Gary Calamar wouldn’t pick such a popular tune for True Blood. And, in our music speculation post on The Vault for this episode, we posted the Goyte song, but we also posted the one that was used by Elliott Smith, thanks for our friend from our affiliated site Skarsgårdnews.com.

However now, Shadaliza is somewhat vindicated because we learn below that the version she chose, was the original song that was intended for the episode.

Read about it below:

So, we agree that the latest episode’s title — “Somebody That I Used To Know” — led fans to expect that the song of the same name, by breakout artist Gotye, would be used over the end credits. That song, which sounds more like Peter Gabriel’s ’80s material than anything in the pop music today, topped the U.S. singles charts earlier this year, has been covered on American Idol and The Voice, and was used on an episode of Glee. It turns out that sometimes a song can get too big for its own good.

True Blood Music Supervisor Gary Calamar told CBS Local, “Actually when Mark Hudis first wrote the episode, he had the Gotye song in mind. At that point, the song was new and just starting to become popular. By the time we got to post-production on the episode, the song was hugely huge. I think it’s great, but once a song has been featured on Glee it’s no longer right for True Blood end credits.” Luckily, there was an easy “plan B”: “I knew this great song by Elliott Smith with the same title. We gave it a try and it worked beautifully.” The late singer/songwriter Elliott Smith released the song on his 2000 album, Figure 8.

A more familiar artist whose music was used in this week’s episode was blues legend Howlin’ Wolf. For a steamy scene that featured (female) fan favorite Alcide (Joe Manganiello) shirtless and “getting it on” with fellow werewolf Rikki (Kelly Overton), Howlin’ Wolf’s “Smokestack Lightnin’” played in the background. Right after the scene, “Alcide” began trending on Twitter (it was a good week, social media-wise, for the show: “Hoyt” and “Godric,” also characters on the show, were trending during and after the episode as well).

Calamar tells CBS Local, “We tried a few things over the love scene, but when we cut in Howlin Wolf’s blues classic ‘Smokestack Lightning’ we all knew this was the one to capture the wild sexuality of Alcide and Rikki.” True Blood has previously used covers of Wolf’s “Howlin’ For My Baby” and “Evil” on the show. “Smokestack Lightnin’” is one of his most well-known songs, and has been covered by The Yardbirds, The Animals, and The Grateful Dead, among others.