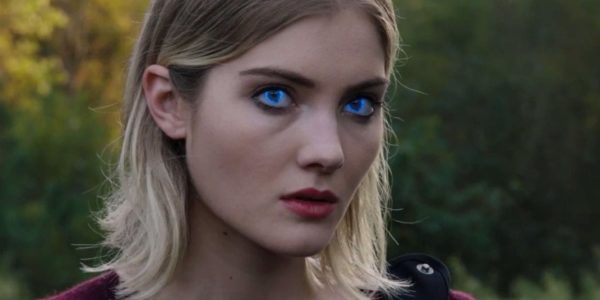 In my review of last week’s episode of The Gifted, I hinted that I think Esme might be more than she seems. It appears to me that she may not have the good intentions when she appears to be helping the mutants get the Strucker kids back home. Or, is she a much more sophisticated mutant who is being manipulated by Sentinel Services to infiltrate their compound?

In tonight’s fall finale, they will end up in grave ­danger—and it’s up to their parents, Caitlin and Reed Strucker (Amy Acker and ­Stephen Moyer), to save them. Mysterious telepath and refugee mutant Esme (Skyler ­Samuels) may be important to their rescue, but let’s just say her methods and her motivation for helping out could end up being more than the Struckers ­bargained for. Much more.

Here’s some more about Esme from TVInsider.com:

“Nobody is simply a villain or simply a hero [on this show],” executive producer Matt Nix warns. “You get all of these people that in some way share the same goals. But they disagree on how to pursue those goals and how best to protect the people they love.”

Whatever goes down in the rescue attempt, expect lots of fallout from a shocking cliffhanger when the series returns in January. Says Nix: “I really wanted to leave people with the feeling that they desperately need to see more of The Gifted.”

And ScreenRant has this to say about the character:

Esme was introduced in Episode 8 as a refugee picked up by the Underground. She was part of a group who’d gone on the run after they were attacked by Hounds, and it was Esme who warned the Underground that they’d been infiltrated. She revealed that she’d sensed thoughts of treachery and violence, and even managed to point out the infiltrator. On the face of it, this kind of introduction should leave the telepath above suspicion. But it’s possible that was exactly the point; to win the mutants’ trust.

Esme established herself as a trusted member of the Underground. Having peered into a Hound’s mind, she argued strongly that the Underground had a responsibility to end the Hound program. Disturbingly, Esme proved willing to do anything to achieve her goals. She mentally eavesdropped on all those around her, gaining the necessary leverage to get her way. She even cast disturbing nightmares into Lorna’s mind in order to manipulate the Underground’s leaders.

Be sure to be watching tonight on Fox to see what happens.