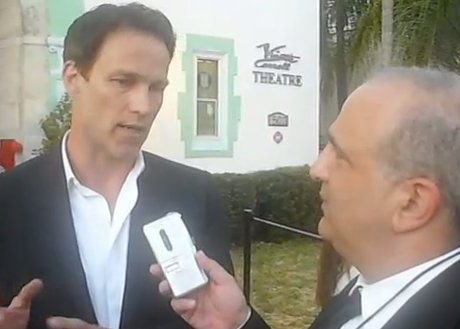 Below is an interview with Stephen Moyer by Lebofilms conducted at the Fort Lauderdale International Film Festival. The two men mainly discussed the new movie he produced and which stars, Anna Paquin, “Free Ride.” However, when they discuss the upcoming last season of True Blood, Stephen heavily hinted that something is on the horizon. Hmmm, could it be a True Blood movie?

We have no way of knowing if the interviewer interpreted Stephen correctly, so we’ll let you decide.

Here’s the conversation they had pertaining to what Stephen had to say about 2016:

There you have it! If luck holds out then “True Blood” may follow in the footsteps of “Sex and the City” and “Entourage” and have its own movie released in the summer of 2016. In the meantime, the final season of “True Blood” has begun filming and will premiere this summer.

And this is the video interview:

What do you think, should there be a True Blood film?  Would you go see it, if there were? Tell us in the comments below.

Read the entire interview with Stephen at this address: examiner.com