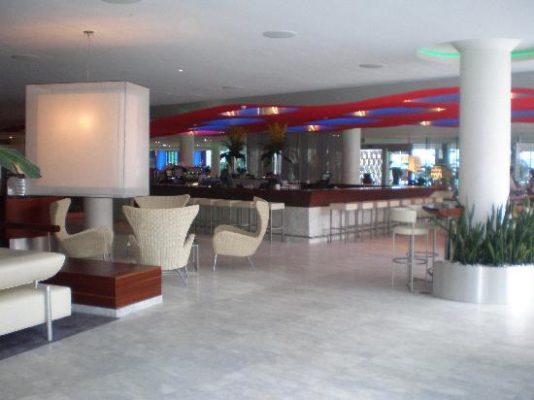 A really enjoyable read from Evan Dickson of Bloody-digusting.com about what went on at the hotel during the premiere of The Caller in Puerto Rico. Everybody hung out in the only room of the hotel that had power from the generator: the lobby. 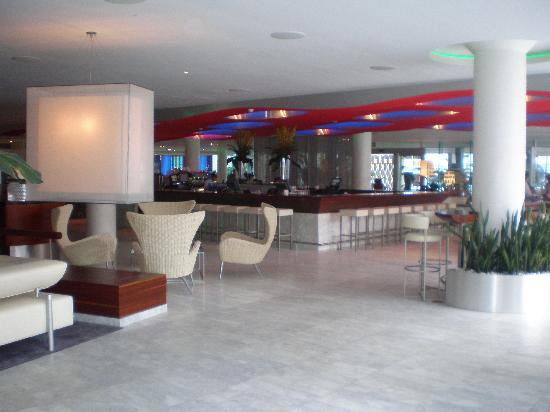 After hearing the dressing options for his grilled tuna salad, Stephen Moyer easily zeroes in on his choice, “blood orange please“. This is probably about as close as I’ll get to Bon Temps in my lifetime, hearing Bill Compton order something with the word ‘blood’ in it. Only he doesn’t sound at all like Bill Compton, and he certainly doesn’t carry himself in the same tortured way. He’s much looser, much happier and much more English than that brooding oversexed vampire.

I’m not really supposed to be having lunch with him, our on-camera interview is scheduled by the following day, but we’re in the only room of our hotel that the emergency generator can power. The lobby. There’s still no AC, it’s literally 90 degrees and with the rain pouring down outside the open glass doors I figure we’re at 100% humidity. So people aren’t eating in their rooms. In fact, no one in the hotel seems to be in their room at all. They’re all here in the lobby either drinking mojitos or crowded around the one working television, tracking the progress of the first hurricane to hit Puerto Rico since 1998.

Moyer, who plays love interest John Guidi in the film, has another reason to not be in his 11th-floor room. It’s flooded (Ed Quinn’s room is flooded too, but for different reasons we’ll get to later – at this point, he’s currently SURFING in the hurricane and is thus not around to explain himself). So instead he’s here with me, his publicist and three members of the film’s publicity team. Funnily enough, the mood could not be lighter. When approached by hotel staff who are offering to swap out his room he politely declines, “Nah I’m fine, could I just get a few towels please?” While he’s most likely exhausted, he doesn’t show it. Instead, he’s cracking jokes, ordering drinks for the table (diet coke for him) and just generally shooting the breeze. He’s turned the hurricane into a happy hour as we dig into the hotel’s dwindling supply of refrigerated food. It would have been bad form for me to whip out my recorder at this point but in the moments when tourists aren’t approaching and asking for pictures (a request he graciously and endlessly obliges) he swaps stories with everyone at the table, riffing on weird solicitations made by New Orleans society mavens and extolling the virtues of Michael Dougherty’s ‘Trick Or Treat’. This all starts within 30 minutes of me setting foot in the resort and it’s an excellent primer for the next two days as well as a healthy analog for the production of ‘The Caller’ – people rising above a series of challenges so endless it’s almost comical and making the best of it.

Click here to read the rest of this very entertaining article.