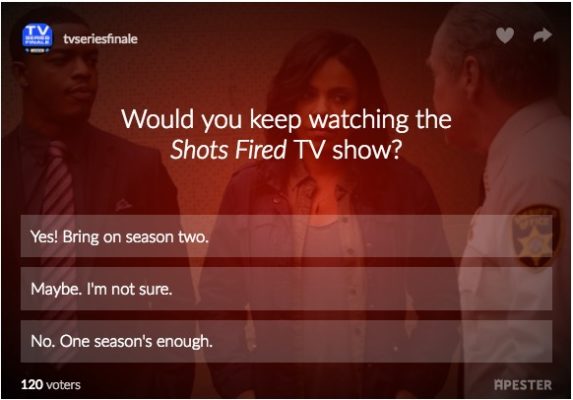 Do you want a Shots Fired Season 2?

Have you been watching Stephen Moyer’s new show, Shots Fired? It was originally billed as a limited series, but there have been recent talks of a possible second season. What do you think? Should there be a Shots Fired Season 2?

In a recent interview with Deadline, creators Gina Prince-Bythewood and Reggie Rock Bythewood said they were open to a second season of the FOX show.

Do you think FOX should risk another season? Would you watch more Shots Fired?

Tell us what you think in the comments below and GO HERE to vote your choice about Shots Fired and see how the voting is going by clicking on the image below: