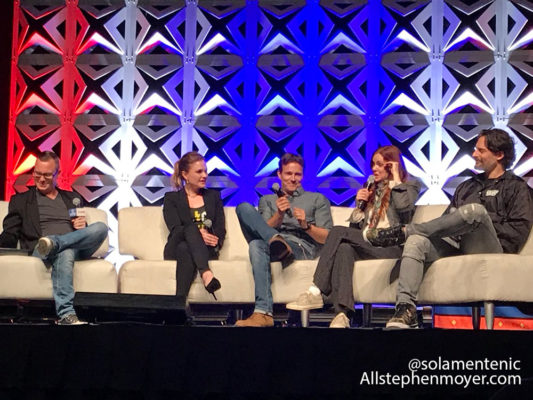 Last Sunday, I flew from Los Angeles to attend the Keystone Comic-Con in my hometown of Philadelphia, Pennsylvania. Attending this event was essential for me since not only Stephen Moyer would appear, but also other cast members from True Blood would attend for a True Blood Reunion Panel. It also happens to be my hometown, so that also gave me an opportunity to also visit my family.

SEE PHOTOS FROM THIS EVENT:

Now, thanks to fellow attendee @solamentenic we have combined my videos with hers to consolidate them into the two videos below.

There are more videos to view which you can see here: fandomspotlite.com

Some of the videos we have gathered into these videos are mine but most have been donated to us. Many thanks to solamentenic for sharing her videos and photos with us so we can provide these memorable moments with some of the True Blood cast members with you! Also, thanks to Shadaliza for consolidating the videos for me.