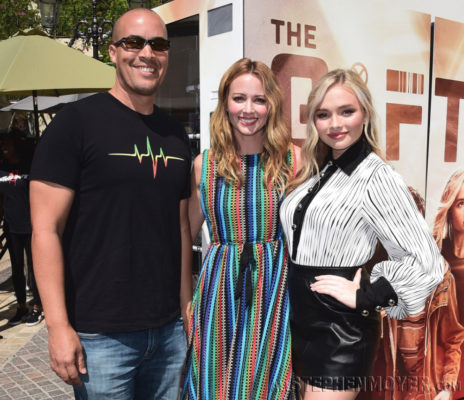 The Gifted on Fox is really showing their mutant powers by going all out promoting next Monday’s premiere of The Gifted starring Stephen Moyer! Below are two videos:

First off, Fox has just released the first six minutes of THE GIFTED, episode one on YouTube. So, get yourself prepared for a 6 minute wild ride!

Then, Tonight there is a screening of the first episode in Atlanta and The official Twitter account for the Gifted just promoted it saying the following:

@TheGiftedonFOX
Don’t miss tonight’s screening, Atlanta! You might even catch some of #TheGifted cast in attendance: http://fox.tv/GiftedATL
Unleash Your Power Telekinesis X-Perience

When I went a couple of weeks ago to a screening here in Los Angeles, there were no cast members in attendance, so that’s not fair FOX! However, to be fair being as this one is in Atlanta, where the show is being filmed, I guess it is a bit easier for the cast to be there than to fly out to Los Angeles just for the event I attended. Ha!

TESTING MUTANT POWERS WITH CAST APPEARANCE AT THE GROVE IN L.A.

Last week three stars from THE GIFTED, Natalie Alyn Lind, Amy Acker and Corey Bell attended a presentation at The Grove in Los Angeles. They showed the fans how to use their mutant powers to lift a vending machine at The Grove. Watch the video below demonstrating this: