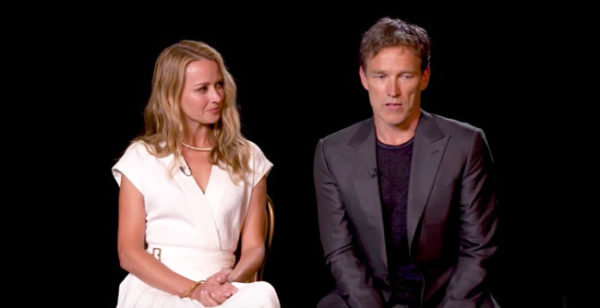 The Struckers are certainly going through a lot of change and disarray. In last night’s episode, we saw Reed Strucker (Stephen Moyer) finally manifesting his mutant powers — but that’s just the first of his (and his family’s) many troubles. 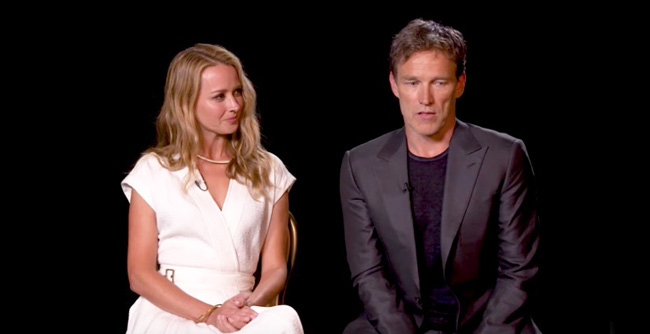 In the season 2 premiere of Fox’s The Gifted, the Strucker patriarch secretly tries to control whatever’s coursing through the veins in his arm. And though he comes close to telling his wife Caitlin (Amy Acker), he fails to go through with it — thanks a lot, Polaris (Emma Dumont) — and ends the episode unsure of what to do next about his abilities, whatever they may be. 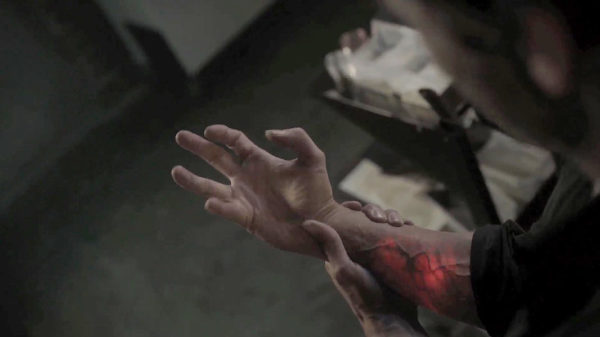 That said, he might not have a say in what happens next. After all, Reed’s mutant gene had been suppressed for decades by his father, which means he never had the time he needed to naturally adjust to his powers. That missing time will cause his abilities to overwhelm him this season, Moyer tells EW: “It’s about 30 years of something being bottled and building and building and building, and when it blows, it’s very difficult to control,” he teases. “It’s like a tsunami. He hasn’t had all the years that [other mutants] had to control [their ability] or learn how to harness it. It’s all just coming out, like a volcano that keeps going.”

“He’s been trying to control it, but he knows he can’t,” Moyer adds. “He knows his grandparents were these terrible mass murderers, so it’s full of these huge implications. He’s so scared of it and so scared about how [his family] is going to react.”

Caitlin and Reed are having issues and disagreements and below is a video from last night’s epis0de 2 unMoored that shows their struggle:

They might not have to just yet. While Reed’s dealing with his latent abilities, Caitlin is becoming more and more “insanely focused” on finding Andy (Percy Hynes White) and taking him away from the Inner Circle, Acker says. And with both Reed and Caitlin distracted by their missions, Lauren (Natalie Alyn Lind) will start to take a bigger role. “Lauren ends up stepping up as the parent,” Acker explains. “She’s really what’s holding us together.”

Even if she’s about to have more dreams of Andy — dreams none of the Struckers know exactly how to interpret. That uncertainty could drive the Struckers apart: “The tensions between them will lead to some bad decision-making on my part,” Moyer admits with a laugh. “And on Caitlin’s part, too. It will all lead to a fork in the road for them.”

It’s a conflict Acker’s looking forward to — especially if it means seeing more action, as Caitlin did in the season 2 premiere. “[The writers] gave me a little taste [of Caitlin fighting in the filed] in the season 1 finale, but when I saw this episode, I went, ‘Oh good, it’s really happening!’” she says, laughing. “I’m excited.”

Watch the full video below:

Watch The Gifted on Tuesday night at 8 p.m. on Fox.

Read this whole article at ew.com