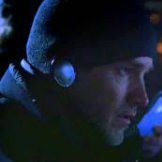 HBO has just uploaded a new video from True Blood Season 6. This scene is from the first episode, which Stephen Moyer directed. You can hear Stephen giving direction in this scene where we see Jason, Nora and Sookie and Jason is trying to get Nora to tell him where Warlow is.

Waiting sucks but Season 6 of True Blood premieres Sunday, June 16 at 9pm only on HBO; watch our countdown clock on the right.