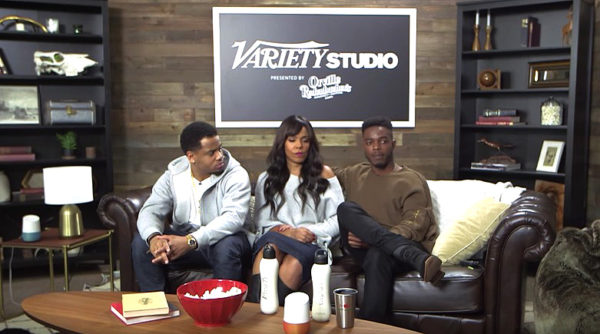 Although Stephen Moyer didn’t go to Sundance, several of his cast members did. In the video below see  Star Sanaa Lathan, Stephan James, and Tristan Wilds as they are interviewed at the Variety Studio at the Sundance Film Festival to talk about the buzzy new series.

It might seem strange that Fox drama “Shots Fired” has such a presence at the Sundance Film Festival, where it premiered, but it turns out that co-creator Gina Prince-Bythewood didn’t always think of it as a television series.

“I hadn’t done a whole lot of television before. My whole thing was in film. So to see it here at Sundance now is really an incredible thing. It’s like we did exactly what we said we were going to do. We were going to make this 10-hour film.”

Watch the interview with the three cast members below: