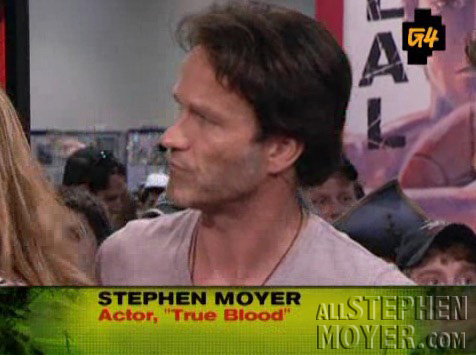 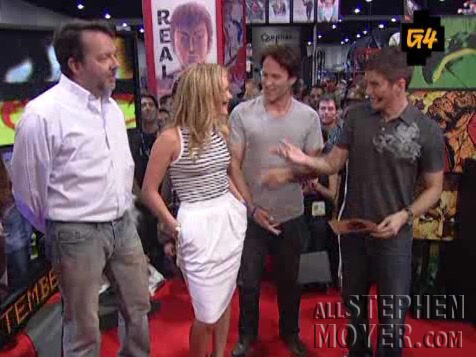 True Blood hadn’t even aired when this video at Comic Con San Diego 2008 was made showing the first glimpse of Bill and Sookie (Stephen Moyer and Anna Paquin) with Alan Ball at San Diego 2008 Comic Con. The video below is of an interview that the three gave while at the Comic Con which was held in July 2008. This was before the first ever episode of True Blood aired on HBO in September, 2008.

True Blood premiered September 7 on HBO and yet, the hype had been relatively low. Or, maybe I just haven’t been paying attention. True Blood is the new series from Alan Ball, the mastermind who wrote American Beauty and created and produced Six Feet Under. True Blood is based on the a series of novels by Charlaine Harris. They are about vampires. In the alternate modern universe of True Blood, vampires have brought themselves out in the open, and walk amongst the living. They can do this because the Japanese have created a synthetic blood, called Tru Blood, which dampens the threat of vampires biting humans. Alan Ball, lead actress Anna Paquin, author Charlaine Harris and the rest of the cast held a panel at Comic-Con this evening, unveiling a trailer and discussing what we can expect from season one of True Blood.

Below are a few screencaps from the video: