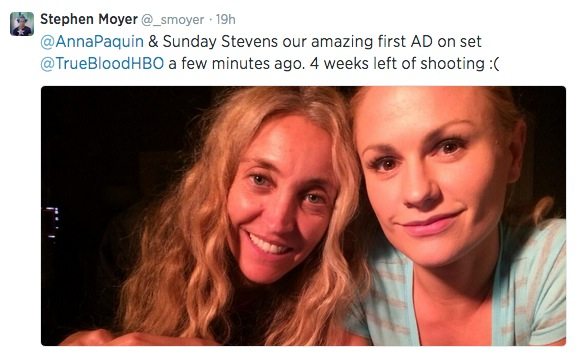 Soon the sets will be dismantled and there will be no more filming of the show, which is sad for all the fans. However we still have the whole season yet to see; which starts on June 22, so that’s something to look forward too. Anna Paquin posted on her Twitter account that the cast and crew had a lunchtime viewing of the first episode for the final season yesterday which she was proud to say had been directed by her hubby, Stephen Moyer.

And, Costumer Designer, Audrey Fisher eludes to the amount of photos that might be added to the Wall of Death: 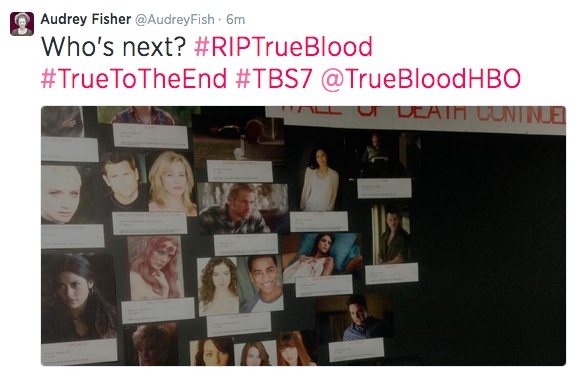 And the True Blood promotional signage is all over LA which you can see by just the three examples a friend and I took yesterday on a brief drive from Santa Monica to West Hollywood. 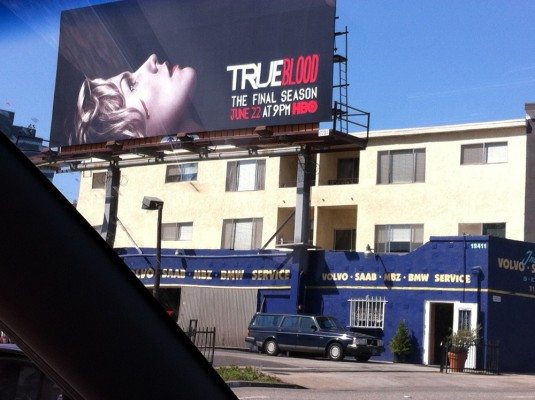