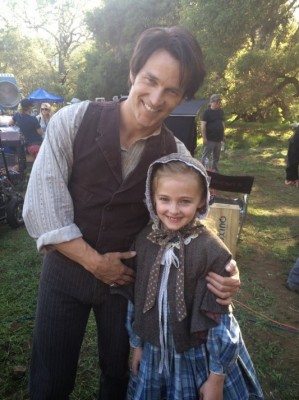 It’s great to see some photos of Stephen Moyer in one of the True Blood Season 7 flashback scenes below. There have been some spoilers released this year saying that there will be many flashback scenes in True Blood’s final season. One of these leaks was about Bill Compton’s return to his live in pre-Civil War time and that Isabella Rice would play his human daughter, Sarah.

Below is a photo of Stephen with Isabella on the set filming one of these scenes with both in period costumes. I like Bill in his 19th century garb, what do you think?  I can’t wait to see these scenes. 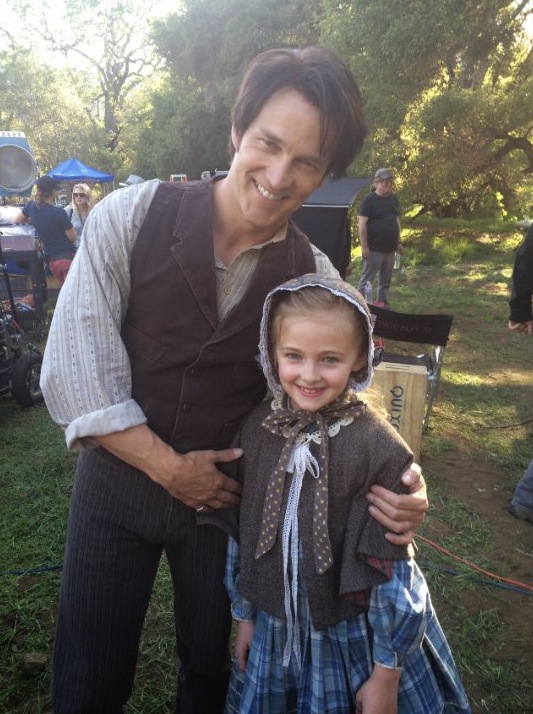