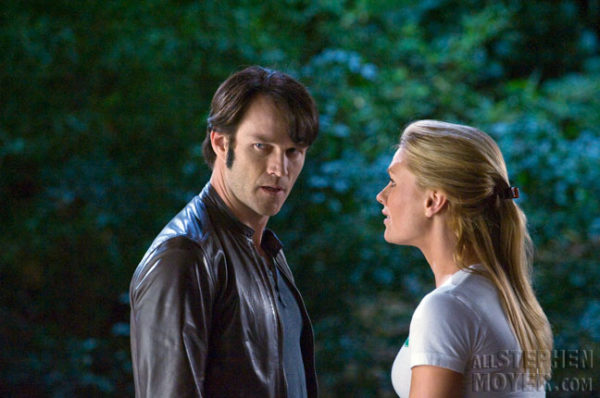 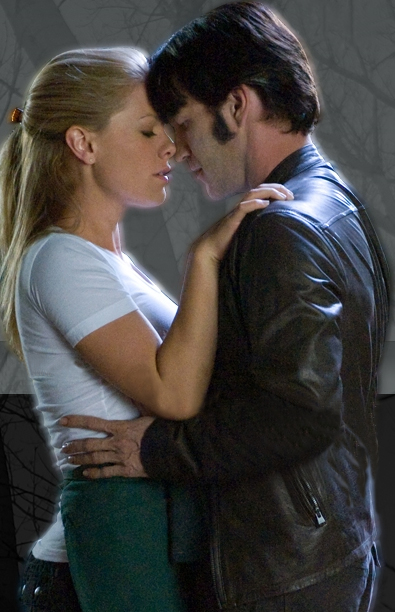 We think True Blood S1 is just as bloody brilliant as S2!  And here’s why!

Below is an evaluation of the last year of TV, specifically the portion about True Blood, which overall is positive, reflecting on the fact that television is providing us with the most solid entertainment that includes great writing and character development. However, I just couldn’t let this one pass without a personal comment about the writer’s opinions, so here it is:

“While I totally agree and applaud the fact that Season 2 of True Blood was a great season that gave much to expand the already wonderful world of True Blood, I don’t agree with the evaluation below about Season 1.

It’s true that Season 2 had many monumental scenes and allowed Alexander Skarsgård to shine. It also provided one of the best scenes of the entire year, Godric’s death scene. However, S2 would be nothing without the adventure we experienced in Season 1. Season 1 was so groundbreaking, in my opinion, that it changed our perception of what could and couldn’t be done on TV. Season 1 included many monumental and extraordinary scenes, quotes, and was essential to, and enabled Season 2, to be so powerful. In other words, one without the other just cannot exist and they should not be compared.

However, what I disagree with the most below is that anyone could think the story of Sookie and Bill was, ‘just too blah’ completely amazes me.  And, to not mention Stephen Moyer as giving an equally good performance as the others also amazes me!”

Here is the portion of this article that relates to True Blood. After you’re read it, please comment to let us know your thoughts. Should S1 be comparet to S2 in this way? Is the Bill and Sookie relationship, just too blah?

The past year has offered an enormous array of exhilarating or challenging TV.

Of late, television has become the medium to turn to for solid entertainment. The writing is tops, the character portrayal is never disappointing and most importantly, we find ourselves connecting to them on a level whereby we end up sharing their varied emotions. Or maybe, we are just obsessive about our favourite shows. Anyway, with this realisation, also comes a great relief – many of our favourite series seem to get better and better with each season and we, the audience, in turn, savour them with great relish.

While Spike from Buffy, The Vampire Slayer is still my favourite vampire, Alexander Skarsgård’s Eric in True Blood is fast becoming my second favourite undead. Hence, it’s great that the second season of True Blood revealed more about this massive and ancient Sheriff. In a cast of excellent actors, it is not fair to single out Skarsgård but hey, my list, my rules. One of the biggest problems I had with True Blood’s first season was the story of Sookie Stackhouse (Anna Paquin) and Bill Compton (Stephen Moyer) was just too blah for my liking, despite who these two individuals are (one can hear other people’s thought and the other is an immortal of course). In the second season, the focus shifts slightly away from them two specifically to shine more on the irresistible secondary characters.

So what if True Blood turns in ridiculous plot developments? It peppers it with plenty of delicious humour – as if almost daring us not to be sucked into its world. Bloody brilliant!

Click here to read the entire article about other TV promgrams.