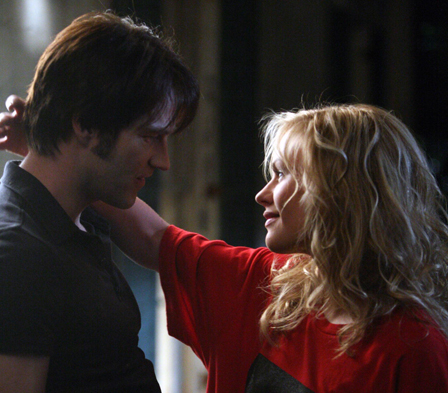 True Blood is “one to cheer” in 2009. Cable channels continued to set the bar for quality television during the year. And that bar was set dazzlingly high. On the list of those series on cable to cheer for is True Blood!

It seemed to be a year of tawdry tabloid topics dominating the television landscape in 2009 like Tigergate, “Jon & Kate” and a “Late Show” confession by David Letterman. Was there no place for challenging, compelling, sharp-witted, innovative viewing choices in 2009? There was! It was a refuge called cable and there was plenty to cheer in 2009.