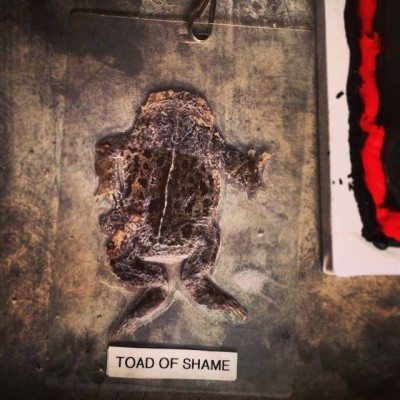 On Stephen Moyer’s official Facebook and Twitter, he showed a photo of the gift given to him by Craft Services on his last day on the set of True Blood which included a photo of the “Toad of Shame.” 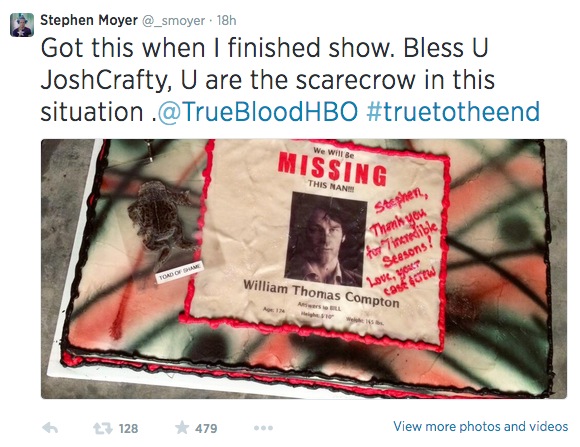 Do you know what the “Toad of Shame” is all about? I learned about it when I went to the True Blood set last summer, but when Stephen posted a photo of the gift, he obviously got a lot of questions about it and decided to explain it further.

Below is Stephen’s explanation for the “Toad of Shame.”

So – The Toad of Shame. An explanation. Our assistant property master .@Truebloodhbo Manuel Baca found a flattened toad up at Greer Ranch in Malibu. (This is where we shoot most of our exteriors. Sookies house, Bills house, Jason’s, Lafayettes, Maxine and Hoyts, and even the cemetery are all there). The poor little toad had all the air and blood and gubbins squashed out of him. So Manuel, Mike Horn (on set dressing) and Greg Manke (first assistant property master) did what any self respecting ‘toad finder’ would do in the circumstances.. They laminated it.. Within a few days it had a lanyard on it.

And before long.. When any member of the cast or crew were late, or broke something, or their phone went off.. They would be awarded with the ‘Toad….’ At the end of the season – the crew member with the most ‘Toads’ throughout the season would be awarded a rather hideous trophy adorned with golden toads and be forced to make a speech.
I will see if I can rustle up a picture of a trophy.

The aim is for our fabulous toad to become an industry standard. 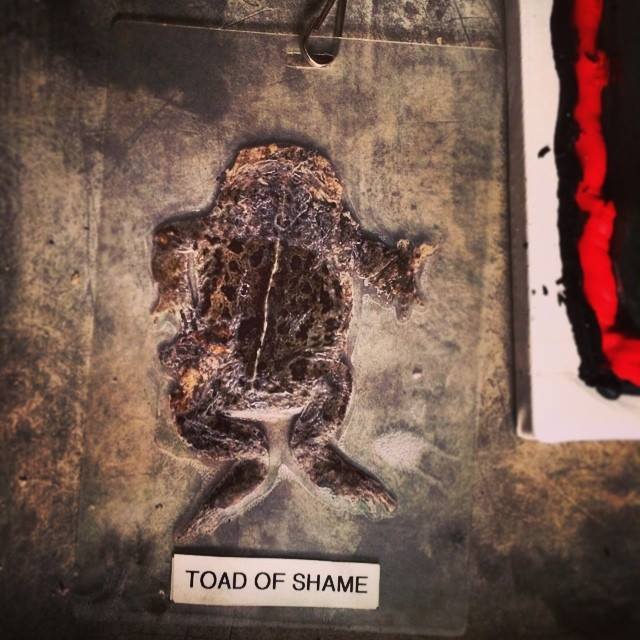