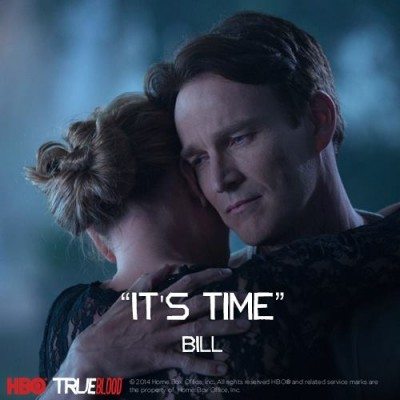 This post helps us to remember the beauty of True Blood. There was a lot of gore, sex, violence and more in True Blood, but there was also much love shown throughout the seven seasons.  For us Bill fans, the love that Bill and Sookie shared was by far the most lovely and poignant.

We still can’t believe that the vampire that we all adore, Bill Compton is no more. Stephen Moyer was probably the best Bill Compton there was or will ever be and the character will be very missed. Even though we don’t agree with the fact of his death or the means by which died, we will always remember him and how much we enjoyed True Blood.

Below is a photo released by HBO that pretty much says it all about the finale episode for Bill. 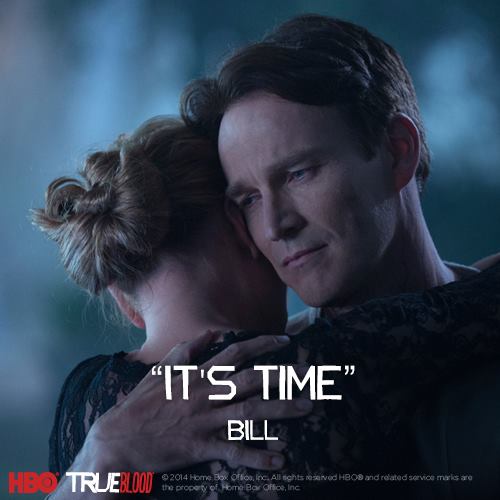 To remember Bill in our hearts, we provide this fan made video which pretty much sums up Bill’s journey in the final season of True Blood. We know it may be difficult for the true Bill fans to watch, but we all need to mourn and we thought that this might help some to get through the sadness of his passing.

source: video by vesita on YouTube.com