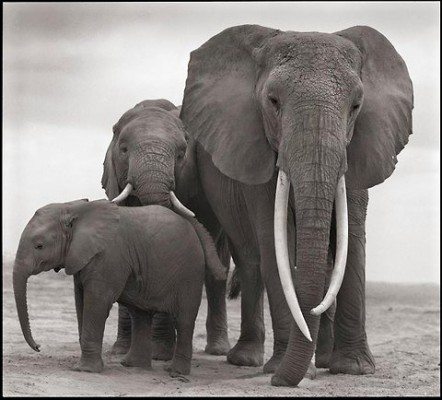 A couple of weeks ago we did two charity premiere auctions, unfortunately one buyer didn’t bother to pay up, but the sale from the other item raised enough on its own to provide us the means to foster an elephant baby at The David Sheldrick Wildlife Trust in Nairobi.

The David Sheldrick Wildlife Trust and the amazing work they do for the wildlife in Kenya was first brought to our attention by Kristin Bauer van Straten who visited the orphanage for her upcoming documentary Out For Africa. Ivory poaching has reached a tragic height and elephants will soon be extinct in the wild if we don’t stand up and defend them. The David Sheldrick Wildlife Trust saves the orphaned baby elephants, whose mothers were slaughtered by poachers, and gives them a new home and family, with the ultimate goal to release them back into the wild to live their lives as nature intended.

Both Lynn and I have already adopted a little one under our own names, but we really wanted another baby elephant and foster him as a living “mascot” for The Vault and AllStephenMoyer.com.

From all the cuddly large eared babies we picked Quanza because this little survivor is a true symbol of the enormous threat to the African elephant. Quanza was only one year old, elephant babies are completely dependent on their mothers milk up to the age of two, when her whole family was gunned down by ivory poachers and butchered right before her eyes. Only 24 hours before the tragedy, Quanza was photographed in the wild with her mother Qumquat, two sisters and her little nephew. 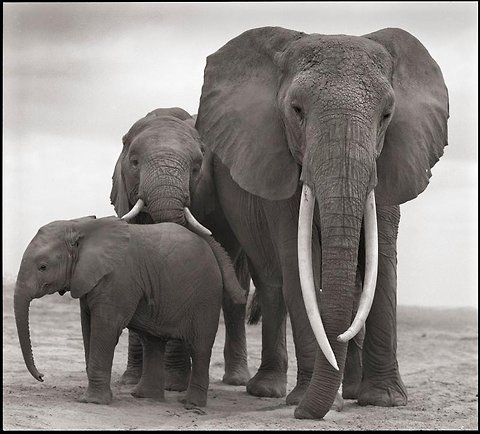 This video tells the complete story of Quanza and Qumquat and how the little one was rescued and brought to the nursery of The David Sheldrick Wildlife Trust, where is now building up a new life with the other orphans and one day she will be released into the wild again and live her life to the fullest.

Please consider to foster an elephant yourself for only $50 a year. For more information visit the website of The David Sheldrick Wildlife Trust. 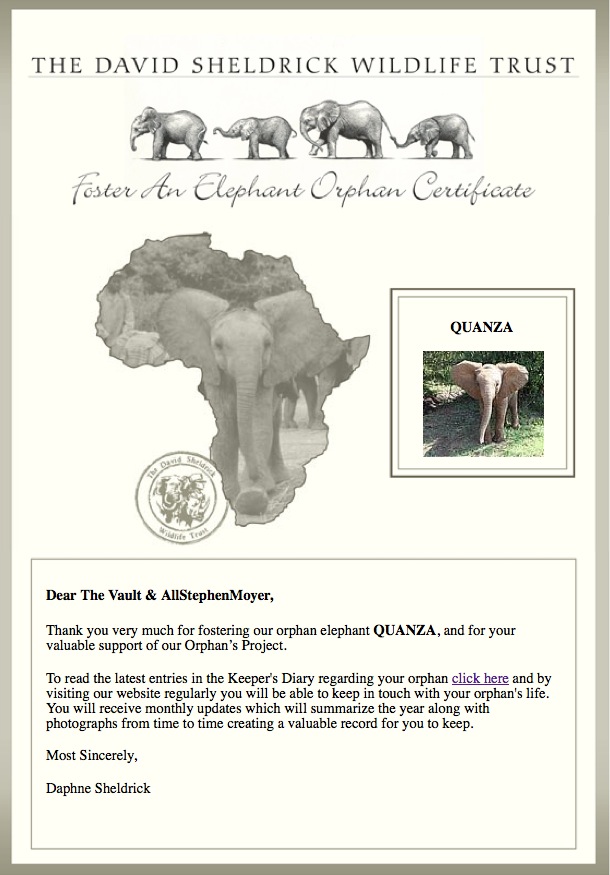