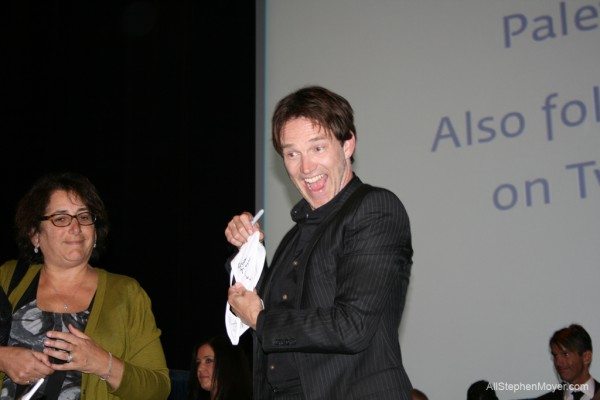 In last year’s Stephen Moyer Theatre Fundraiser, the Bite Me Bill thong was the #1 prize awarded for the very best naughty brick on the Stephen Moyer Wall.

The thong was awarded to Billsbabe, Shiver for the saying she added to her virtual brick, as seen below:

At end of the fundraiser, we mailed the “thong” to her in Pittsburgh. However, the saga doesn’t end there:

At PaleyFest 2011, last Saturday, March 5, Shiver, who had brought it with her on her trip to attend the event from Pittsburgh to Los Angeles, went up to the stage after the event (like everyone else did) to get Stephen to sign the garment, yet again. The image below represents his reaction when he saw it for a second time. 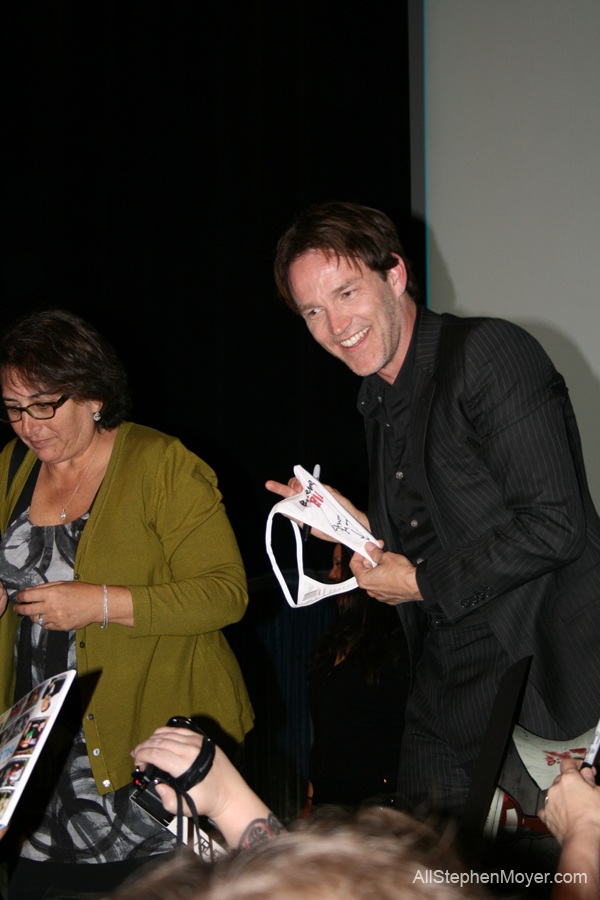 Last June, Stephen met with Shad and me for a signing session of all the many items we had collected to help raise funds for Brentwood Theatre, of which he is patron. During the signing event, when he saw the thong, he laughed and we all had a lot of fun joking around with it.  Below are some images from that event, showing Stephen playing around with what he called, “the knickers“. 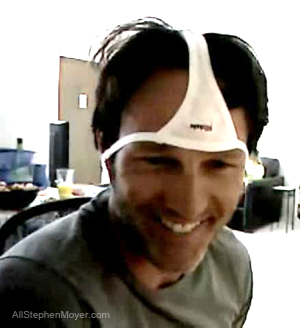 When Shiver handed him the thong, Saturday night at the PaleyFest, I heard him say, “Do you want me to sign it again?  Were you the winner?” Shiver replied, “Yes” to both questions.

The photo above represents Stephen’s reaction when
Shiver asked him to sign the item, yet again. 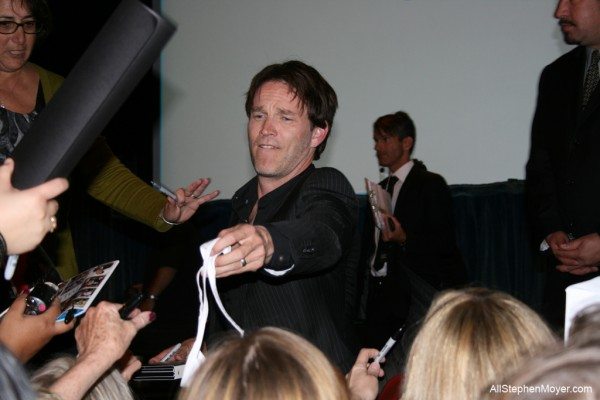 And, here he is returning the item to it’s owner after signing it.

She also got a photo with Stephen after he signed the thong, amidst the “crush” at the stage which can be seen below: 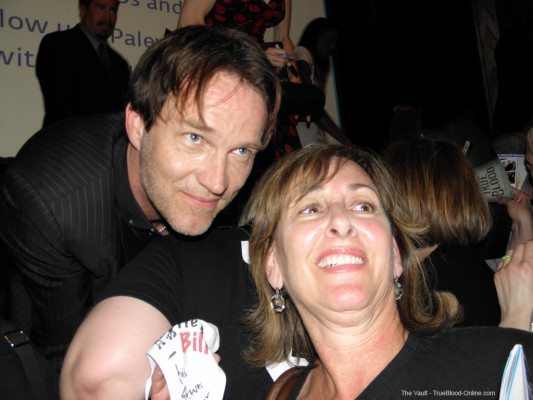 Shiver with Stephen Moyer and her “Bite Me Bill”, knickers (thong)

The thong is now safely back in it’s plastic wrapping and flew with Shiver back home yesterday.

I’d say that was a successful Billsbabe adventure, wouldn’t you? 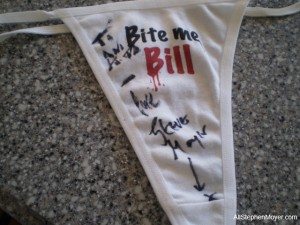 Thanks to Billsbabe Bills4Me for the great photos of Stephen on stage signing and to ThelLou for the image of Shiver and Steve.