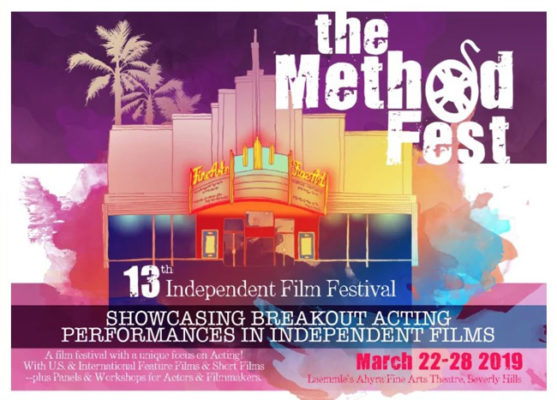 CASM Films latest film, The Parting Glass, directed by Stephen Moyer and written by Denis O’Hare will be shown at The Method Fest Independent Film Festival in LA. The Ahrya Fine Arts theater of Beverly Hills, CA will screen the film on Monday, March 25, 2019 at 5:00pm.

The Method Fest Independent Film Festival will show it’s films in Beverly Hills, California. This is the only major film festival in the U.S. that pays homage to the actor.  Named for the ‘Stanislavski Method‘ which brought truth and realism to the world of acting,

The Method Fest is truly The Actor’s Film Festival and it is a festival of discovery. It seeks breakout-acting performances of emerging stars.  It also established actors in story-driven independent films.ACTIVITIES at the festival: 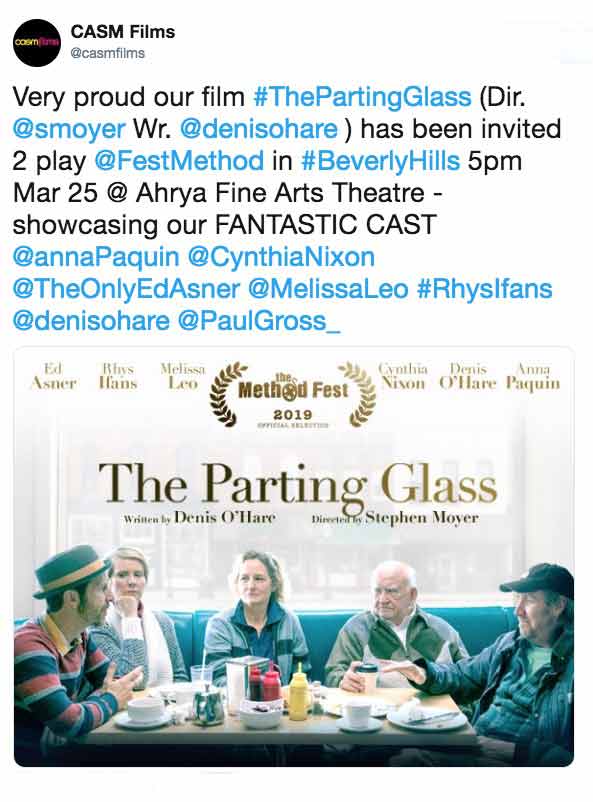