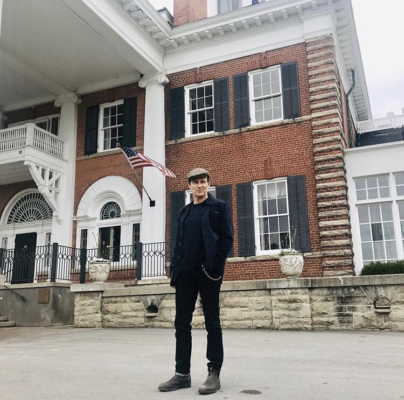 About The Parting Glass

It is the story of a suicide and how it ripples and tears through a family – testing their bonds to each other and the their memories. The family gathers in Missouri, where Colleen (Anna Paquin), now dead, was last living. Her brother, Danny (Denis O’Hare) and his two sisters, Mare (Cynthia Nixon) and Al (Melissa Leo) meet up with their father, Tommy (Ed Asner) and their sister’s estranged husband, Karl (Rhys Ifans) and they set out on an odyssey. Together, they attempt to piece together Colleen’s last moments and to make sense of her death. Competing claims and memories war with each other and each person fights to understand and guard their own versions of Colleen. Their 3 car caravan gets lost, diverted, and detoured. The family comes together, fights, laughs and descends into the grim reality of what suicide is.

Unfortunately, there wasn’t much press for this event, but we do have a few tidbits to share below:


And, a lovely tweet from a fan who got to meet up with Steve.