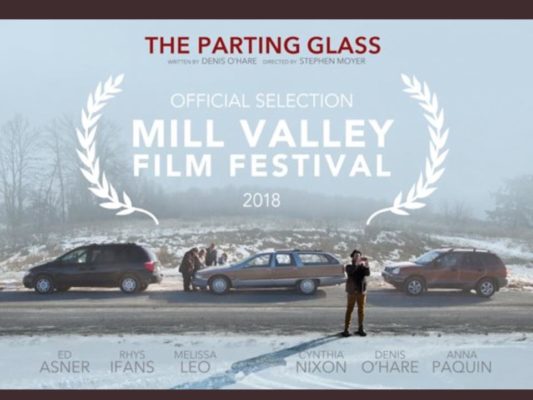 Since founding the Mill Valley Film Festival in 1977, Mark Fishkin has shepherded this once small, three-day showcase into an eleven-day, internationally acclaimed cinema event presenting a wide variety of new films from around the world in an engaged, community setting.

The festival has an impressive track record of launching new films and new filmmakers and has earned a reputation as a filmmakers’ festival by celebrating the best in American independent and foreign films, alongside high-profile and prestigious award contenders.

The relaxed and non-competitive atmosphere surrounding MVFF gives filmmakers and audiences alike the opportunity to share their work and experiences in a collaborative and convivial setting.

And, after the screening on Saturday, OCT. 6 CELEBRATE BY ATTENDING THE PARTING GLASS SPECIAL PREMIERE & PARTY WITH GUESTS ANNA PAQUIN, DENIS O’HARE, AND STEPHEN MOYER.

* TICKETS ON SALE Sept. 9 to CFI Members and Sept. 15 to the general public.