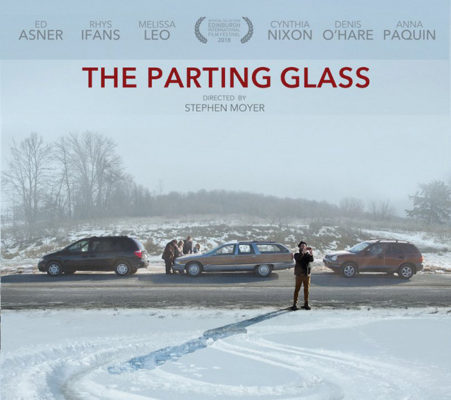 Tomorrow, Stephen Moyer’s Directorial Debut film, “The Parting Glass” comes to digital tomorrow, Sept. 10. The film, written by Denis O’Hare and starring an all-star cast, including Anna Paquin will finally be available for all to see. See our previous post about this from July here.

I saw it at in Beverly Hills at a film festival there and was privileged to meet both Cerise Larkin and Ed Asner. The film is great, so I highly recommend it. You will love it!

The gripping and emotional family drama, The Parting Glass, comes to Digital on September 10th.

CONGRATULATIONS TO STEVE ON HIS DIRECTORIAL DEBUT
AND TO ALL AT CASM, INCLUDING THE STARS OF THE FILM!

Purchase by clicking on the links below:
Stephen MoyerThe Parting Glass