We returned to LA and for our last two nights in the US we stayed at the Sofitel Beverly Hills. This was used for  the interiors of Hotel Carmella in season 2 when the vampires went to Dallas. Instead of a bottle of True Blood in the hotel bar, for us, a glass of champagne and a cocktail was the order of the day! 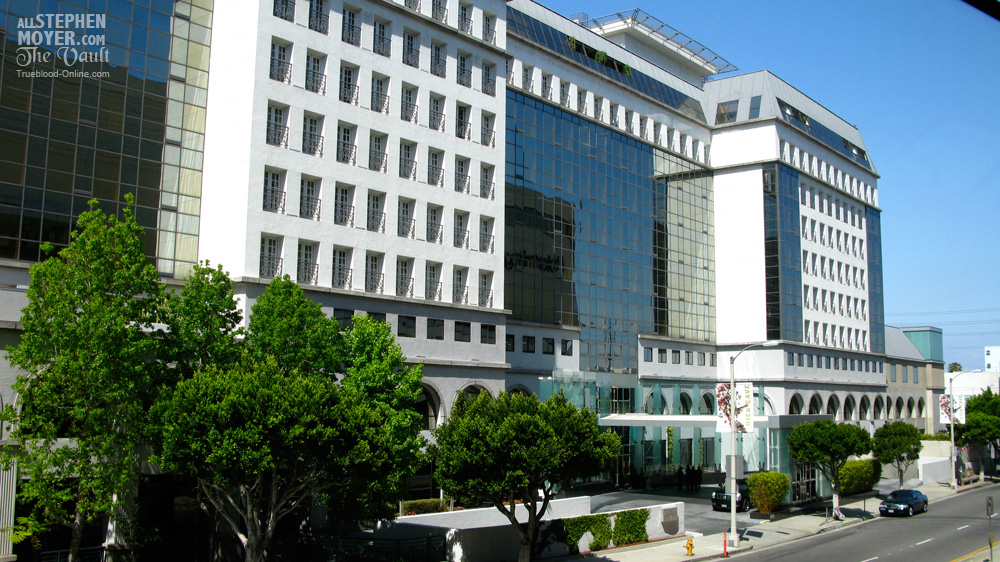 We had come all this way to see him at Comic Con and just as we were leaving for the US, we found out that Stephen Moyer would not be attending. We were gutted. So, on our last day before traveling back to England we thought we should, at least try for one more True Blood adventure, to glimpse Stephen Moyer at his rehearsal venue for Chicago. It was a long shot but after traveling over 5,000 miles we just had to try.

I contacted Lynnpd to see if she might be able help us and she was able to arrange a time for us to “run into him.” Stephen would be leaving the Chicago rehearsal location at 6pm and that he had agreed to a meeting. She told us that although Stephen is always extremely generous with his time, asking him for the meet was a huge exception, as she and Shadaliza don’t like to impose on Stephen’s time unless absolutely necessary, and the meet was only possible because we had come such a long way and had missed seeing him at Comic Con. Oh, and being from the UK, might have helped, too. We were told not to say where we were going and to be sure not to take up too much of his time as he would be rushing to a dinner and could only stop for a couple of photos.

We arrived at the venue at the appointed time and saw the other dancers and cast members leaving, and then, Stephen walked out and came over to speak to us. Well, we were floored. All during the trip, we had hoped to see him but never actually believed it would happen, and now it was.

He asked us where we were from and if we had enjoyed Comic Con. He told us all about his rehearsals for Chicago and that he was enjoying getting back into musical theatre. He asked us what we thought of season 6 and said that the cast are looking forward to shooting season 7. Stephen mentioned that he had some new projects lined up that he was looking forward to. He made time for photographs and autographs which we are so grateful to him for spending the time.

See our photos below: 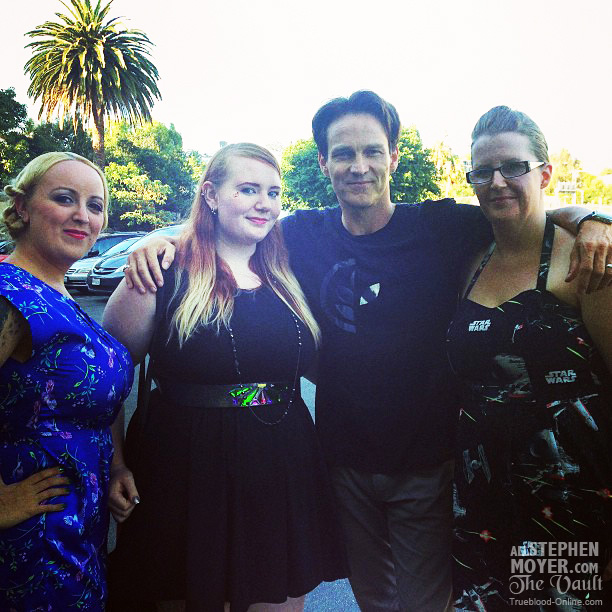 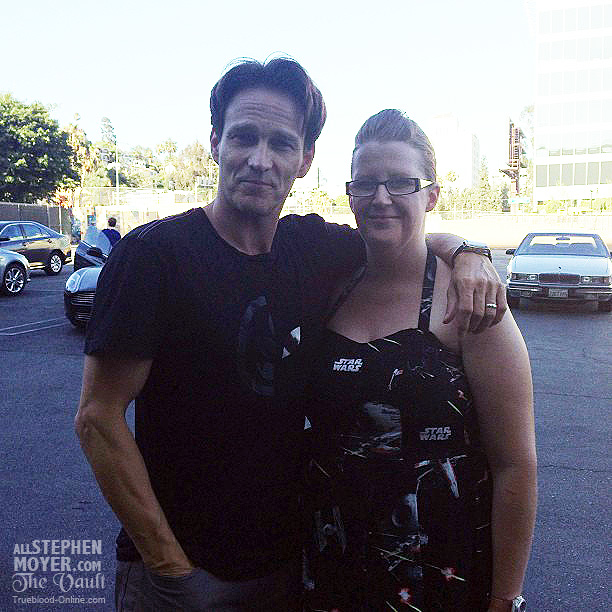 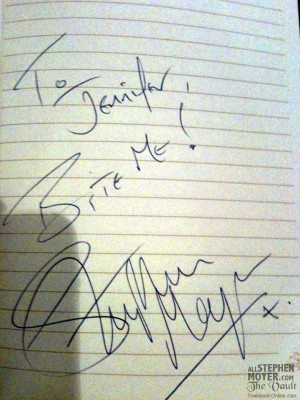 All in all we could not have wished for a better ending to our epic adventures. Mission accomplished!

After seeing Stephen we met up with Lynnpd and had a lovely dinner at Hollywood and Highland where we told her the story of our adverntures throughout the vacation.

To read the other two parts of this report go to: