Below is PART 2 of the adventures Jennifer and her two friends Suzanne and Katy had when they came here from the United Kingdom specifically to attend Comic Con, see True Blood locations, and generally have a good time.

After 3 days in LA visiting theme parks we travelled to San Diego for Comic Con. We had a lot of fun cosplaying the Avengers on the Friday and we are excited to experience the madness that is SDCC. 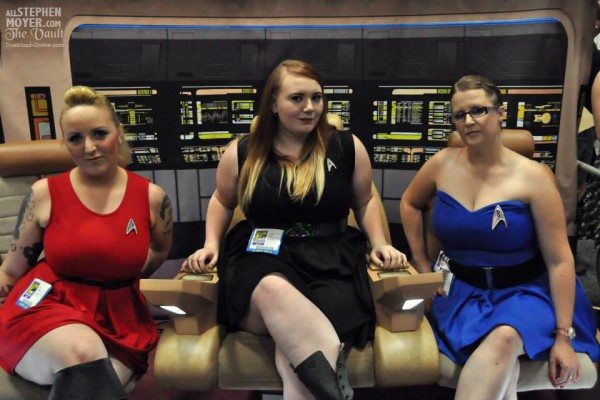 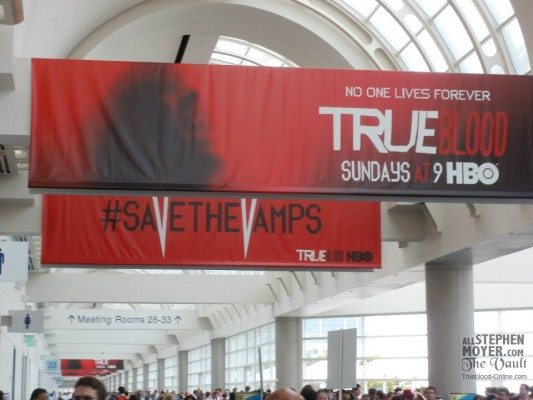 Lynnpd had recommended getting in line early, so we arrived in full Merlotte’s uniform at midnight on the Saturday morning ready for the panel at 3pm. We had nothing but our blankets (Thank you Delta Airlines!) a few bottles of Mountain Dew and a fully charged IPAD. 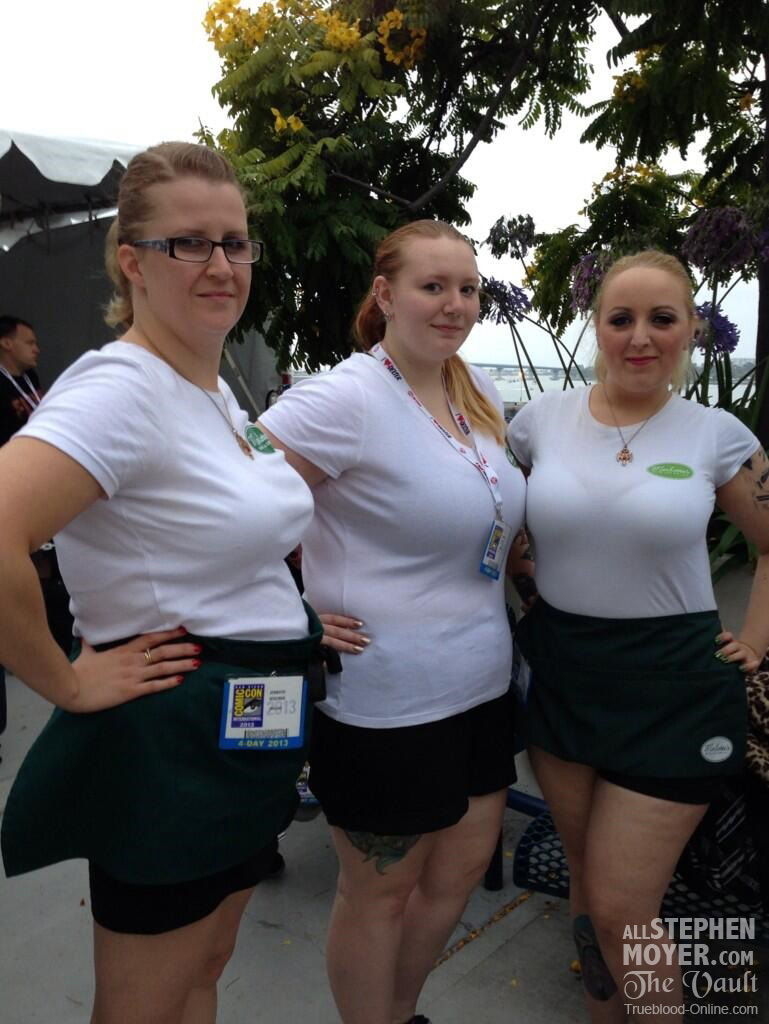 It turns out when you really want to get a good seat in Ballroom 20 that’s all you really need. After a long cold wait through the night we were let in to the convention center at 8am and managed to secure seats near the front. We watched the Once Upon a Time panels, The Simpsons, Futurama, Family Guy and American Dad panels and finally it was 3pm.

The True Blood cast was announced. Attending was Rob Kazinsky, Michael McMillian, Anna Camp, Joe Manganiello, Kristin Bauer Van Straten, Deborah Ann Woll, Nelsan Ellis, Rutina Wesley, Sam Trammell, Ryan Kwanten, Showrunner Brian Buckner and Anna Paquin. Stephen Moyer and Alexander Skarsgård were not scheduled to attend due to other commitments (Stephen was rehearsing for his role as Billy Flynn in Chicago at the Hollywood Bowl and Alex was vacationing in Iceland), but it was still fangtastic.

Follow this link to watch videos of the True Blood panel.

On our last day at SDCC we were shopping in the exhibition hall and as we came out of a store we bumped in to Michael McMillian. He was kind enough to take photos with us before his panel with Chronicle Books. Michael was promoting his latest book Steve Newlin’s Field Guide to Vampires (and other creatures of Satan).

Below are links to the videos of the panel that Michael McMillian participated in  for Chronicle Books:

Follow this link to see all three videos of Michael’s panel at TBFansource.com

After the panel Michael was kind enough to sign some autographs! It was a fabulous to end our crazy time at Comic Con and I recommend it to anyone who is a die hard fan of any show.

Check out the other parts of our adventure: