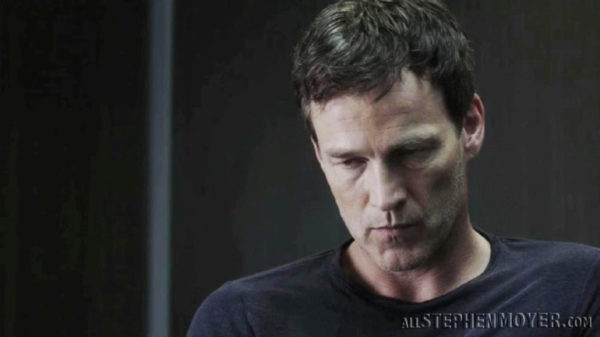 The question is, will Reed Strucker double cross his family in the next episode of In The Gifted. At the end of episode 2, Reed (Stephen Moyer) was being held by Sentinel Services and as the episode ended, he was given a very difficult choice to make.

On one hand, he’s promised Marcos (Sean Teale) that he’ll help break Lorna (Emma Dumont) out of prison in exchange for help from the resistance for his family. On the other hand, in the last episode he promised Agent Jace (Coby Bell) he’d hand over the resistance in exchange for the promise that his family would walk free. Having made two opposite promises, this presents quite a conundrum for Reed. 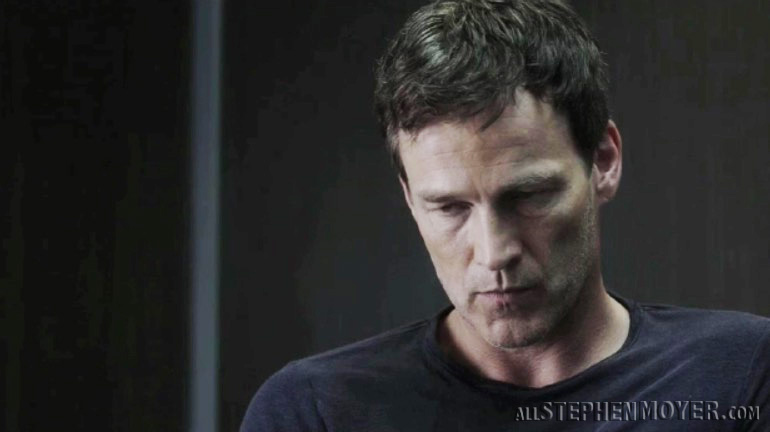 While Marcos and the rest of the resistance are still sheltering the Strucker family,  we wonder what Reed will do. He can’t do both so, who is he planning to betray here? The resistance? Or Agent Jace?

In the video interview below, Stephen Moyer answers the question to TV Guide at New York Comic-Con, when we asked about a potential double-cross.

“Reed will do anything to get back to see his family,“

He was predictably cagey about what “anything” constitutes, but Coby Bell had more to say on the topic of where Reed Strucker’s loyalty might lie.

“That’s the interesting thing,” Bell said. “Reed was on Jace’s side like three days before this all happened. They were on the same team until this happened.”
“They still feel the same sense of duty,” Teale added. “He still feels that tie to it, so you’ll have to see. It gets messy.“

When you factor in two decades of working against mutants with the government to two days of working with mutants against the government, it becomes harder and harder to believe that Reed would betray Sentinel Services. The X factor here is that his family is involved. And 20 years of being on the same team might mean absolutely nothing if Reed thinks Jace won’t hold up his end of the deal and keep his family out of jail.

Watch below and tell us in the comments below what you think!

Personally, I feel that Reed will do as Stephen says above and be on the side of his family.  He is very aware what happens to mutants when taken and put in jail by Sentinel Services and, I simply can’t believe he would be capable of doing such a thing to his family. Besides, Stephen Moyer is big on “Family” and while he has taken many parts where he plays the “bad guy” whenever children were involved he usually sacrificed himself before the kids so, I’m betting he stays with the Struckers.