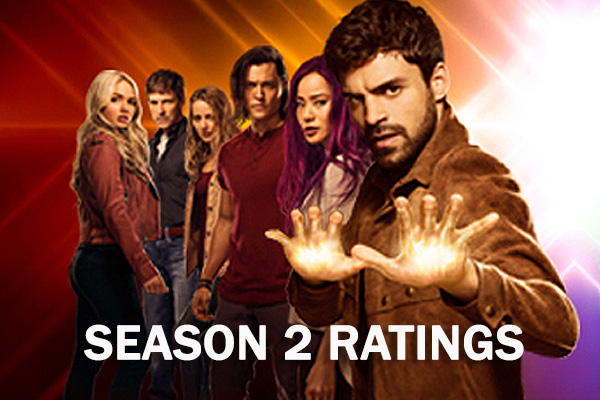 The Gifted Season 2 Episode 3, titled “coMplications” final ratings – The Gifted’s Season 2 Episode 3 which aired on October 9 didn’t do as well as it’s previous week, but the show has some tough competition on Tuesday nights. This episode is soundly in the middle of the other Tuesday night offerings. While the show definitely needs to bring in more viewers to be renewed for a Season 3, we think that goal is within reach and the show will do well this season.  Help the ratings by remembering to watch! 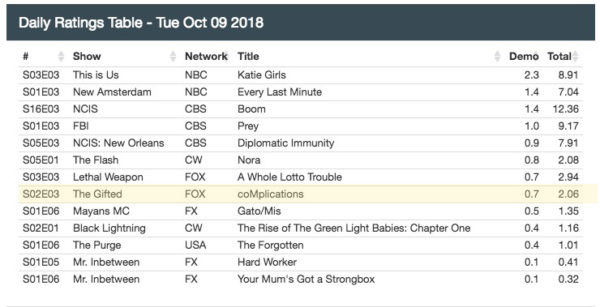 The Gifted did  0.7 and total 2.06 which is down from last week. This surprised me a lot since I thought this episode was really compelling and with Reed’s powers continuing to emerge and showing he had no control over what his powers did to the truck’s steering wheel, it seemed like a real winner to me. I also felt finally telling his wife about his newfound powers was a positive step for the family. They just have to get Andy back as he is already being influenced in the wrong way, if you ask me. However, it’s still early in the season and The Gifted sure has time to do better. They do have a lot of competition, but I think the show will do fine, in the end.

Remember you can view ALL Ratings and Charts for all shows/seasons in the Interactive TV Rating Database at spoilertv.com.