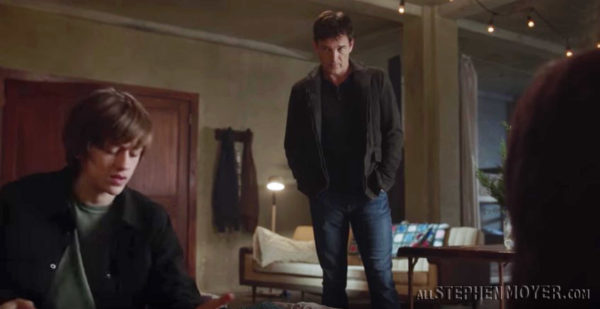 In this episode, the Strucker family spends some time trying to figure out just what their own future holds after everything that they’ve been through already.

To whet your appetite for the episode “3 X 1”, we’ve got two new videos to share with you:

First, watch the video below that features the character of Blink and take note of how it relates to the next video.

The parallels between the family scene and the Blink one above is pretty obvious. They each represent ways in which characters are trying to deal with the notion of being different — and how those close to them should do everything that they can in order to protect them.

It’s also becoming important to note that Andy and Lauren as showing signs of being their own persons by becoming more interested in and aware of their mutant selves. That reality might make it difficult for their parents (Reed and Caitlyn) to accept as they begin to realize their limitations.  It might no longer be possible for them, as humans to protect or control their kids as the threats from Sentinel Services and the hatred of mutants grows.

Below are two photos from this short promo that include Stephen Moyer.


Are you enjoying the series? Tell us your thoughts in the comments below; we’d love to hear from you.

Be sure to watch this latest episode of The Gifted tonight at 9pm on Fox!