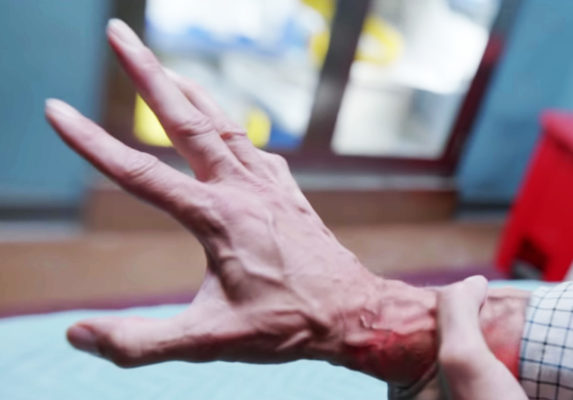 The Gifted panel cast, including Stephen Moyer, Sean Teale, Blair Redford, Skyler Samuels, Natalie Alyn Lind and Emma Dumont previewed Season 2 and discussed each of their character’s future during their panel at SDCC 2018.

Syfy.com had the opportunity to speak to some of The Gifted’s cast at San Diego Comic-Con this year, they asked them if there were any particularly relevant storylines they were hoping to explore in the new season. 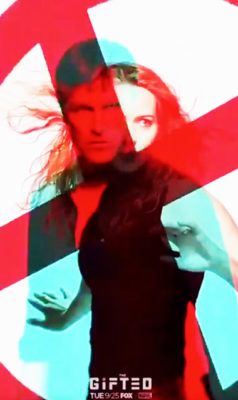 On Stephen’s character’s condition that he’s been hiding from the team, Steve said:

“Being that it’s six months down the line. He has been hiding this thing. Matt and I talked at length about how this would manifest and how we would show this thing, and how it would come to be, but he has decided…you see it quite soon”

OK, this is probably referring to the fact that Reed was originally a mutant. We’re glad this will be revealed early so we won’t be held in suspense for long.

For Dumont and Teale, whose characters found themselves on opposing sides of a brewing conflict last season (and who are also parents of an unborn child), each mentioned motherhood and fatherhood, respectively, as something Polaris and Eclipse will have to deal with. As for the Struckers, Lind and Moyer emphasized the importance of truth-telling when it comes to family — though Moyer mentioned that Reed might have some learning to do in that arena.

Watch the Trailer below and see how Reed might be getting some of his powers back.

Check out the full interview with The Gifted cast below, and be sure to tune in for Season 2 when it premieres September 25 on FOX.

Season 2 picks up six months after the explosion at the Atlanta Station, with the group now split in two as one faction defects to The Inner Circle. New groups with extreme ideologies, both human and mutant, present problems for the group as they try to dampen a brewing conflict.

During the panel, it was confirmed that comic-book mutant group the Morlocks will appear in the new season, as well as other mutants not yet introduced on screen.

Executive Producer Matt Nix told the crowd: “Certainly we’re going to be bringing in some fun mutants from the past,” said Nix. “Not so much the big movie mutants because that’s their world but we’ve got some really exciting new characters who are straight out of the comics.”

Morlocks enter in The Gifted’s Season 2

Natalie Alyn Lind, who plays Lauren Strucker on The Gifted, noted that the Morlocks are just one more group vying to control the future of mutants in the world.

You can get a hint of the Morlocks in The Gifted Season 2 trailer that was released during the panel when one character invites the Mutant Underground to visit the “real underground,” likely a kind of pun on the fact that the Morlocks are mutants who literally live underground.

The Morlocks were created by Chris Claremont and Paul Smith during Claremont’s 17-year long, franchise-defining run on the X-Men comics. The Morlocks are made up mostly of mutants whose mutations have altered them in such a way that they cannot pass for human in the surface world’s society, and so they have formed their own community underground.

Some famous Morlock moments from X-Men history include when Caliban, a Morlock with a child’s intellect, kidnapping Kitty Pryde to make her his bride, Storm’s duel with Morlock leader Callisto for the right to lead the group, and the “Mutant Massacre” crossover story, in which Mister Sinister unleashed his Marauders into the sewers to annihilate the Morlocks.

The Gifted has already borrowed a few Morlock characters. Shatter, Trader, and Dreamer from the show’s first season were all taken from the 2002 Morlocks miniseries by Geoff Johns and Shawn Martinbrough.

And, below is a cool video of the Strucker Parents from the cast posters revealed earlier this month: