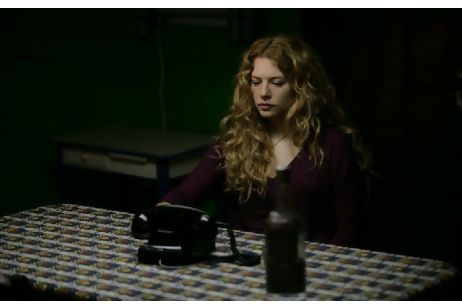 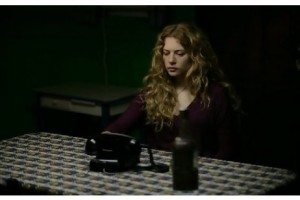 In the latest issue of MovieScope Magazine Issue 24 (September/October 2011), Sergio Casci, writes about his 14 year experience with his screenplay for the film, “The Caller.”

After receiving BAFTA nominations for his 2003 debut American Cousins, Sergio Casci has immersed himself in writing for the big and small screens. But, as he exclusively reveals, horror movie The Caller was challenging in ways he never could have imagined…

Never trust any filmmaker who tells you that spooky things happened on the set of their horror movie. It’s just a little too obvious, isn’t it? And getting folks to believe that there’s something genuinely weird going on certainly can’t harm sales. But here’s the thing; spooky things really did happen on the set of my horror movie, The Caller. Nothing major—it didn’t make the papers—but bad enough to make an otherwise level-headed bunch of filmmakers extremely jumpy.

As Puerto Rican producer Luillo Ruiz says, “I know it sounds ridiculous, but little by little it started messing with our minds. Every single day creepy things were happening, to the point that the tough, big guys in the crew were getting a little nervous. It was decided a ghost was stalking us.”

Towards the end of the shoot one member of the crew actually saw the spectral figure of a woman walk slowly past him, followed immediately by an explosion in a major piece of equipment. By then, however, we had stopped worrying about our uninvited guest. With heavy rain destroying sets, our lead actress being replaced on the first day of filming and countless other production headaches, real-world problems were trumping the supernatural kind.

The story of how we came to be shooting a supernatural thriller in the Caribbean city of San Juan actually begins 14 years ago, on the top floor of a Glasgow tenement. I was sitting watching the rain when the phone rang and, out of nowhere, the thought came to me, what if the person on the other end didn’t dial the number a few moments ago? What if they dialled in 1967 but, through some weird temporal hiccup, the call came through to me? Everything else flowed from there. I began to imagine how I’d react. I wouldn’t believe it at first, but what if they proved it? What if no matter how much my rational mind rebelled, I could no longer deny what was happening?

It was one of those rare stories which seem to write themselves.

The first version of the story, Rose, was low-budget, half an hour long and broadcast by the BBC in 1998. It was directed by the wonderful Don Coutts and there were only two characters. The critical reaction was great, the Herald critic calling it ‘a very efficient little chiller’. But that was the problem. I didn’t want my story to be ‘little’; I wanted it to be a full-fat, 90-minute, Saturday night ice-cream-and-popcorn trip to the cinema. So I decided to rewrite it.

I thought it would be difficult, but it wasn’t. Subplots and characters threw themselves at me. It was as if it was always meant to be a feature film and I’d only just realised it. Within a few months the new screenplay was finished and I sent it off. I won’t bore you with the pain of the next few years. We all know films are hard to get off the ground. Potential producers came and went. Drafts were written, rewritten, then written again. I gained weight and lost hair.

But, eventually, someone somewhere flicked a switch, the green light came on, and we were ready to go.

The idea of shooting in Puerto Rico was, at first anyway, a practical one. The island provides excellent financial incentives, and director Matthew Parkhill flew out to see if San Juan could double up for New York. Within 10 minutes of arriving he had the answer. You could shoot San Juan to look like New York, but why would you want to? The city is a fabulous mixture of old and new, with rich spiritual traditions combining African and European religions. Matthew immediately felt that the “feel and taste of the place” would help give the movie a distinct identity.

Next up was casting. Stephen Moyer of True Blood had read the script and loved it. Given that he’s simultaneously a wonderful actor and the sexiest man in long trousers, he was a no-brainer. The role of Mary was initially given to Brittany Murphy, an actress who came to fame with her roles in Clueless, Girl, Interrupted and 8 Mile. Her time on set lasted less than 24 hours. I wasn’t there at the time and I’m not the best person to discuss why her participation was cut short, but Brittany’s departure sparked an explosion of media interest. There was even a sketch about it on the iconic Saturday Night Live. (Just a few weeks later there was to be a second and far bigger wave of media interest when news broke of Brittany’s death, an event which shocked and saddened everyone involved with the film.)

Read the rest of this article at: moviescopemag.com