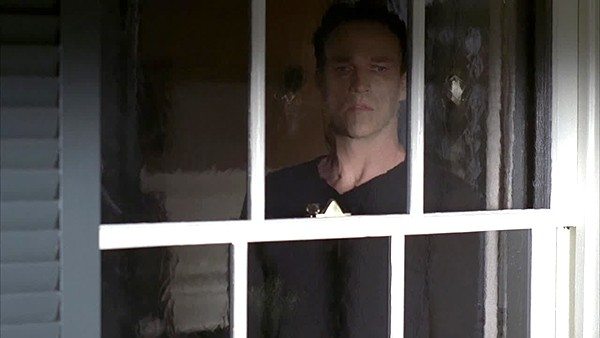 After 10 episodes True Blood season 6 has come to an end and the way we leave Bill this year makes his fans a lot happier than the bloody mess they left us with last year.

After saving the vampire from meeting the sun, Bill leads his flock back to the Compton Mansion, where they all enjoy their newly found freedom and the warmth of the sunlight on their skin. Sookie and Alcide, who attended Terry’s funeral, watch the festivities from a distance and Sookie realizes that Bill was right about everything. He, however, does not participate and goes into the house not looking happy at all. Bill watches from the window how Sookie embraces Jason, Pam and Tara. He realizes the difficulty of the situation she is in with Warlow and that he is responsible for putting her in that position. 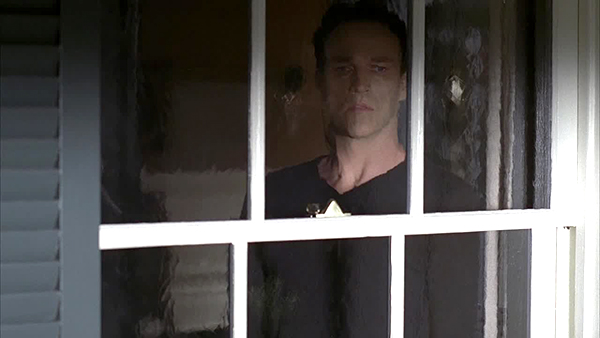 Another thing that he realizes is that because of all the blood he has lost, he has also lost the abilities that came with Lilith’s blood: he is no longer Billith, but plain old Bill Compton again. When this scene aired you could hear a collective scream of joy coming from all the Bill fans around the world. No more Lillith controlling our favorite vampire, we’ve got our Bill back!

Now that Lilith no longer has any influence on his thinking, Bill hurts for all the pain that he has caused Sookie and he fears there is no coming back from that. He feels defeated, Sookie will be made vampire and there is nothing he can do about it now. He needs the encouragement and inspirational speech from his progeny to shake off this paralyzing dark mood and take action to save Sookie from Warlow and do right by his former lover. The first step is to inform Jason, who understandably is very pissed when he hears about the deal Bill, Sookie and Warlow made. 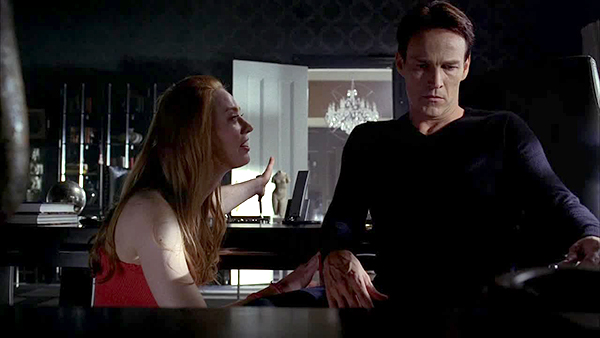 While Jason and Violet go to the Bellefleur Mansion to convince Andy that they need Adilyn to open the gateway to the faerie plan in the cemetery, Bill takes a frightened Takahashi into the woods. He glamours the Japanese professor into forgetting all about him and the events of the past couple of weeks, and leaves him there with a bag full of money as a reward for his services.

Soon after Bill, Jason, Violet, Andy and Adilyn head over to the cemetery, where Adilyn is supposed to open the gateway to the faerie plan where Sookie and Warlow are. Bill tries to help the clueless faerie girl with gentle words, but it’s the fear that Violet puts in Adilyn that helps her tap into her powers to open the gateway.

On the other side, in the cemefaery, Bill tells the others to take care of Sookie while he fights off Warlow. Eventhough Warlow is over five millennia older than Bill, the later stands his ground well. When Warlow tries to escape out of the faery plane Bill grabs a hold of Warlow’s leg and hitches a ride back to the real world, where Warlow immediately flies off to Sookie’s house.

When Bill arrives there, he tries to enter the house and stake Warlow, but since he has lost the powers of Lillith, he is unable to enter without an invitation and Warlow zaps him off the porch. In the end it’s Jason and Niall, crossing over from the dark side, who manage to stake Warlow and free Sookie from her evil stalker. 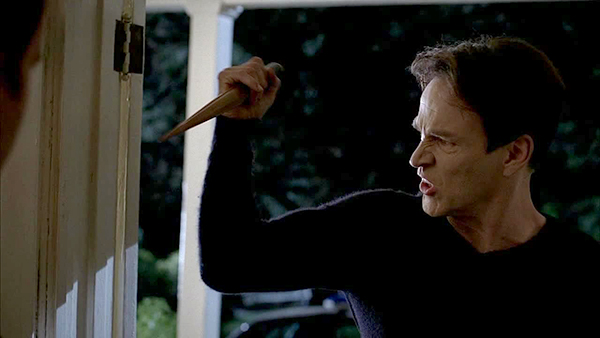 After a time skip of six months we learn that Bill is an author now. He wrote the book “And God Bled” about his experiences as Billith. Sookie, who is now in a relationship with Alcide of all people, watches her former beau doing a talk show on TV about his book release. It’s undeniable that she is not unmoved by seeing him, she will always have a soft spot for her first love and maybe time is starting to take the edge of some of the things that have happened between them while they were together and apart.

It is interesting that the reason Bill has written this book is to establish trust and end the secrecy surrounding vampire kind. The biggest secret of the vampires was that they fear the humans just as much as the humans fear the vampires. And this thought forms the basis of the plan Bill and Mayor of Bon Temp Sam Merlotte have come up with to ensure the safety of both species in their town. Every human needs a vampire and every vampire needs a human. 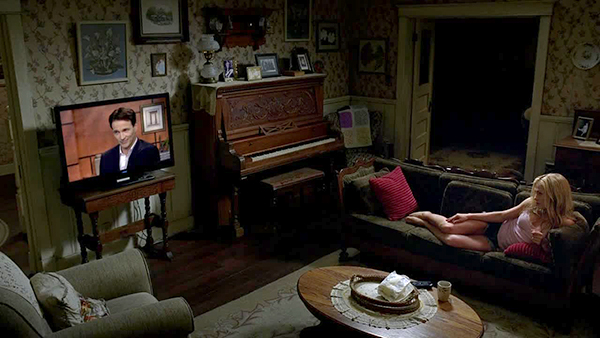 That evening, Arlene, owner of Bellefleur’s Bar & Grill, hosts a social for the occasion of humans and vampires mixing and teaming up. Sookie and Alcide leave early, without having made arrangements with a vampire for protection. In the parking lot Bill is waiting for them. He offers Sookie his protection, for free, no strings attached. She refuses and prefers to take her chances with growling bright eyes. It’s obvious that Bill doesn’t think much of Alcide and to be honest, neither do I. Bill reassures her that he can be trusted again, but she tells him that even at his best, she could never really trust him.

Before they can continue this awkward conversation, both Bill and Alcide detect a nasty smell coming their way. A horde of hungry vampire zombies infected with Hep-V is making its way fast towards Bellefleur’s where the town of Bon Temps is gathered. Maybe it was not such a good idea after all to hold a party after dark without so much as even one guard equipped with silver bullets to protect the crowd. 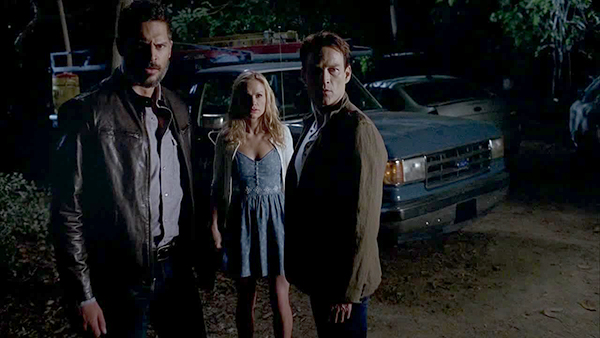 And this is how our friends leave us until June 2014.

From show runner Brian Bucker we learn that the big question for Bill in season 7 will be if he can be forgiven.