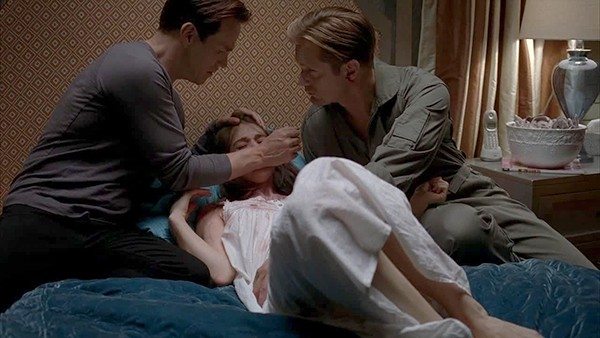 In a desperate attempt to save Nora, Eric brings his dying sister to the Compton Mansion hoping that Bill’s blood could heal her. Before Bill can respond to his request, Nora says that she doesn’t want to take Lilith’s blood. Eric is willing to do anything to save his beloved sister, even forcing the blood on her, but Bill thinks they should honor her dying wish. He does feel for both of them though and if he could he would save the girl.

Eric didn’t want to come to Bill for help, but there is nowhere else that he could turn. He is willing to do anything if Bill would give Nora his blood. Bill isn’t even sure that it would work, but Eric is so desperate that he tells Bill that he believes that he is divine. Bill decides to confide in Eric and tells him about the visions that he has been having in which he sees the future. He tells him about the white circular room where Eric, Pam, Jessica and Tara will all meet the sun. Bill explains that it’s Warlow’s blood that allows him to walk in the daylight and they should take the hybrid vamp-faerie with them on a mission to save their loved ones. In exchange for Bill giving Nora his blood, Eric will take Bill to vamp camp. 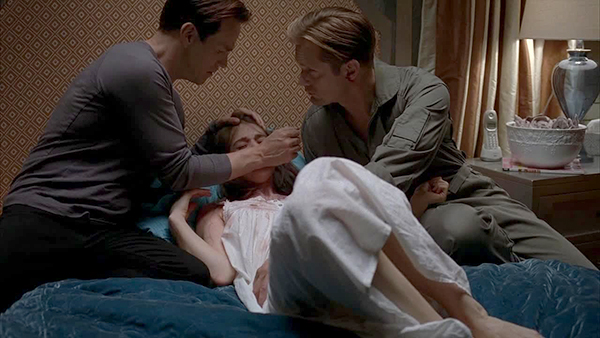 Unfortunately Bill’s blood doesn’t have the healing powers the boys had hoped for and Nora is not getting any better. Eric suggests that maybe Warlow’s could help her. Nora is not convinced however, according to the book of Lilith Warlow’s blood does not have such powers. Bill’s heart goes out to Nora and he leaves the brother and sister to go search for Warlow.

To find Warlow, Bill has to go through Sookie and he finds her at the Bellefleur Mansion where the family has gathered after Terry’s death. Everybody falls silent when Bill enters the room in broad daylight, he offers his condolences to Arlene who is so wasted that it takes her a moment to understand that what is happening is not a booze induced illusion. 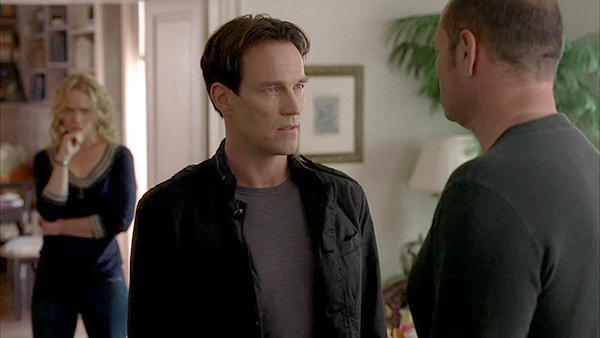 The talk Bill has with Andy is filled with double meanings. Here are two fathers talking and the daughter of one killed the three daughters of the other, it doesn’t get any more awkward than that. Bill expresses how sorry he is for Andy’s loss, his first-born died an early death and he understands how the sheriff feels. “As fathers there is no duty more sacred than to protect them and make sure they live a long and happy live.” And with that one simple phrase Bill makes it clear to Andy that he will do anything to protect Jessica and that Andy better not come after her for revenge. With “I wish you and your daughter the very best” Bill promises Andy that his remaining faerie child is safe from him. The fathers shake hands on it. This must be so difficult for Andy, not to be able to bring the murderer of his daughters to justice, but Bill just made him an offer he can’t refuse.

Sookie is next on the list and they go out to the porch to talk. She understands that it was Warlow’s blood that makes that Bill can now walk in the sunlight. Sookie never bought the whole seeing the future thing, but now that Eric has escaped from vamp camp, she has no choice but to start believing that there are very dark times ahead for all of them. Bill tells her to bring him Warlow to he can stop the events from happening. 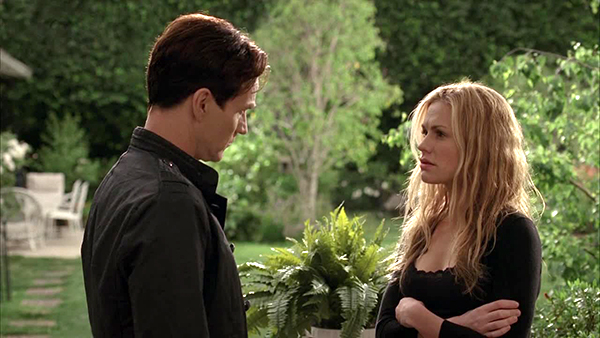 Bill gets back home just in time to see Nora die the true death in the arms of her beloved brother. Warlow’s blood probably wouldn’t have saved Nora, but Bill didn’t manage to bring the hybrid to her in time to try.