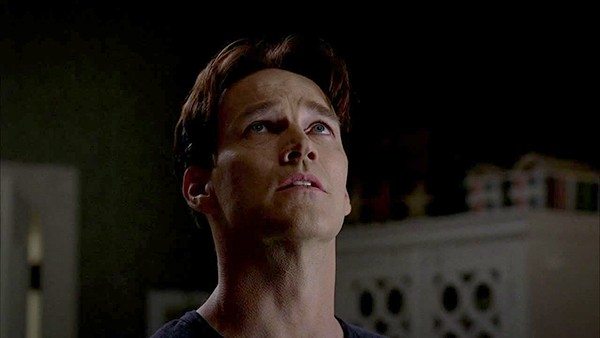 Bill may have said to Sookie that she is dead to him, but that doesn’t mean that he would prevent her from dying if he could. When Sookie takes a plunge in the lake, Bill senses her mortal fear and distress and speaks her name with a worried look on his face. Benlow doesn’t feel a thing, because Sookie hasn’t had his blood, so he cannot tap into her feelings. It’s obvious that Bill will not let her drown, so who will come to her rescue? Bill lets Ben go so he could save her and he pulls her out of the water just in time. But Bill is not prepared to let Ben go of course and he summons him back, so forcefully that Ben starts spitting blood. It is interesting that Ben refers to Bill as Lilith, he only sees him/her as his maker and not as Bill Compton. When Sookie escapes with Ben to Faery Land, Bill can no longer sense Ben and he fears that his summoning might have killed him. He runs up to Jessica’s room to ask her how close she came to being killed when he summoned her, only to find that his progeny’s room is empty and Jessica has disappeared. He calls out to Lilith, but she doesn’t answer. 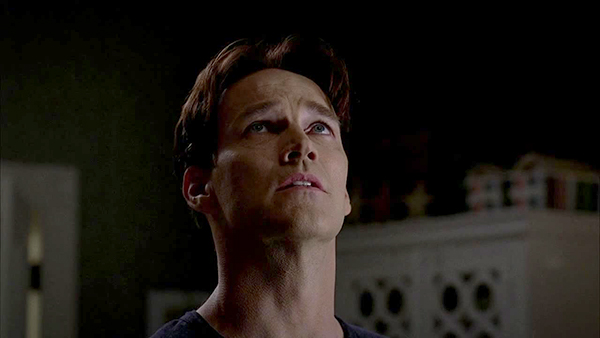 Bill turns to Takahashi to put him in a coma and hopefully allow him to communicate with Lilith in that state. He asks the professor to nearly drain him from all his blood and transfuse it all back into his body the next day. It works and the three bloody Lilith wannabees appear and take him to her. But as a true divinity Lilith presents Bill with riddles instead of answers to his questions. Bill says that he never asked for any of this, but that is a bit hypocritical of him. He fought hard and killed for the price of Lilith’s blood and now he must live with the choices he has made. He tries to put the blame on her for everything that is going wrong, but she will not here of it. “It is all on you, William Compton. Do not come to me seeking answers again.” So much for Lilith’s support. 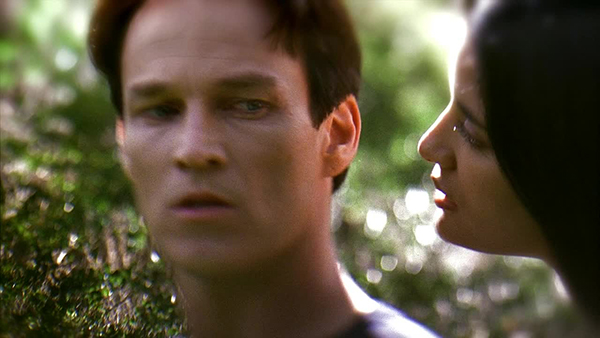 When Bill wakes up the TV turns on again, just like last time. The news item talks about Governor Burrell and that Tru Blood is being produced again and will be on the shelves shortly. Bill realizes that the key to saving Jessica is Burrell. Bill decides to drink the blood of Ben and it has the effect that he was hoping for: he can walk in the sun and pay a daytime visit to the governor. Bill puts several of his most impressive and useful powers on display as he takes the bullets fired laughing and makes the guards shoot each other. The governor is impressed but he refuses to give up the location of vamp camp and prefers to die as a martyr for the cause of vampire extinction. Bill takes his head. 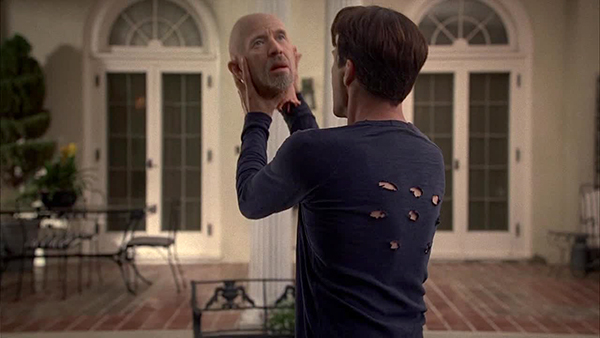