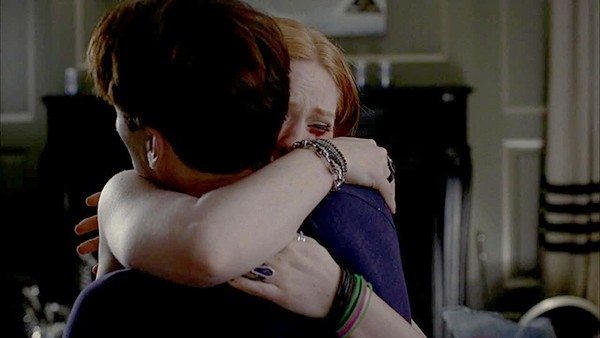 Bill’s storyline picks up where we left off last week with a hysterical Jessica and a room full of dead faerie girls. Jessica is completely high on faerie blood and her emotions are all over the place and she can’t even think straight anymore. As a result she throws herself at Bill and kisses him on the mouth. Jessica and Bill have always had a father-daughter relationship, without any sexual tension, unlike so many other makers and their progenies, and this kiss feels wrong on so many levels. Bill feels the same way and stops her immediately by pushing her away. 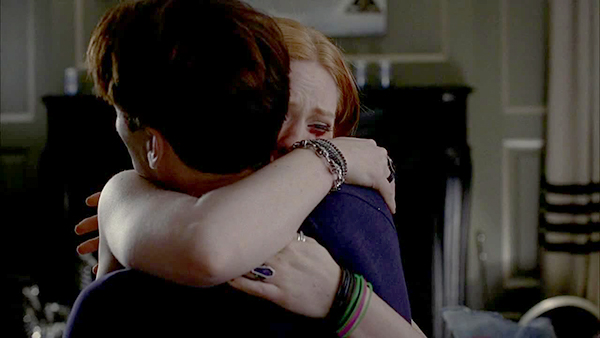 In the meantime at Sookie’s house Ben/Warlow’s lovemaking has been interrupted and Sookie hits him with a light ball when he tells her that her parents tried to kill her. Ben cries out in pain and at the same moment also Bill cringes with pain and he sees flashes of memories from Lilith and Ben. He runs over to Sookie’s house where Sookie is just lecturing Ben and she assumes Bill is there to save her. But he is not there for her, he is there for Ben and as his maker he commands Ben to come with him.

The blood of Lilith that Bill drank is so powerful that it gives Bill power over Lilith’s progeny Ben, he also talks about Lilith in the first person, as if he were in fact her. He explains to Ben that he is a prophet in her name, how he drank her blood and inherited her memories. In 3500 BC Lilith turned Ben because she foresaw that he would be destined to save vampire-kind. Bill takes Ben’s unique vampire-faerie blood for professor Takahashi to study. 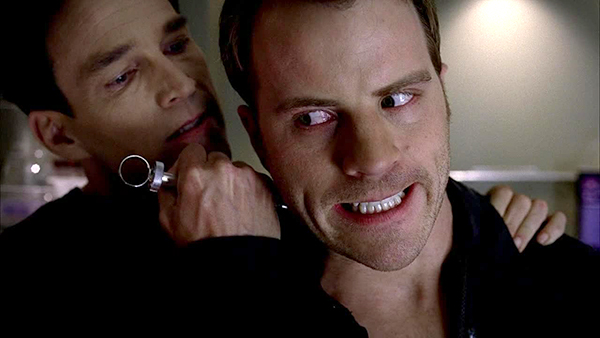 Unfortunately he left Ben in the same room as Takahashi, giving Ben the opportunity to take the poor professor hostage in an attempt to escape. Lilith speaks through Bill as we are taken back for another flashback into Ben’s past where we see how he killed his village and Lilith. Ben has no intention to cooperate and thus fulfilling the prophecy to save the vampire species. And this could only mean battle between these two most powerful creatures of the entire show. 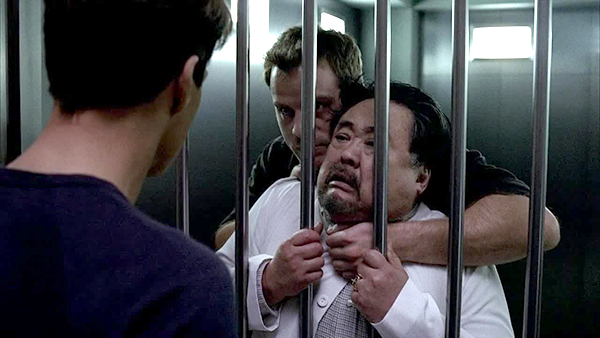 It seems that the writers are recreating another Bill with the character of Ben. Both men were turned against their will, both struggle with their dark site and both love or loved Sookie. Now that Bill has become Billith, it looks like Ben is being set up to fill the void he has left as Sookie’s lover.