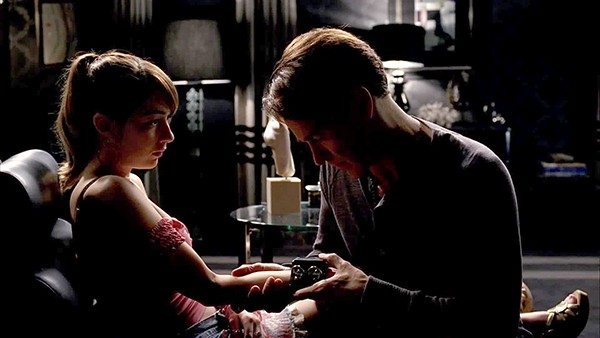 One of the best True Blood episodes I have seen in all 6 seasons. Kudos to Alex Woo who did it again.
An amazing, action packed episode with big leaps forward for many of the storylines, except for Bill’s. He spent most of his time in the Compton Mansion working on his master plan to save the vampires. 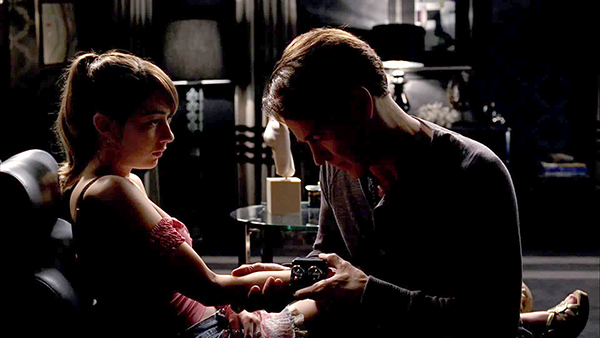 After sniffing out Andy’s faerie children Bill and Jessica head over to the Bellefleur mansion to check them out. To their surprise they see four young women dressed up as Arlene wannabees come out and take the patrol car out for a spin. At the Grab It Quick Jessica convinces them to come over to the Compton mansion to party.

Bill has no intention of hurting the faerie girls and gets a blood sample from one of them voluntarily. It turns out that Bill picked up some Japanese during his many travels, but professor Takahashi is not impressed, as he is being held captive in the basement where a complete science lab has been set up for him. Bill asks him to analyze, replicate and synthesize the faerie blood in order to save the vampire species from extinction. Unfortunately this task turns out to be a difficult one and Takahashi needs more blood and time, time that is running out fast, as the faerie girls want to go home now. Bill turns of the charm as the professor starts protesting and makes it very clear who is boss by making the poor fellow float in the air. 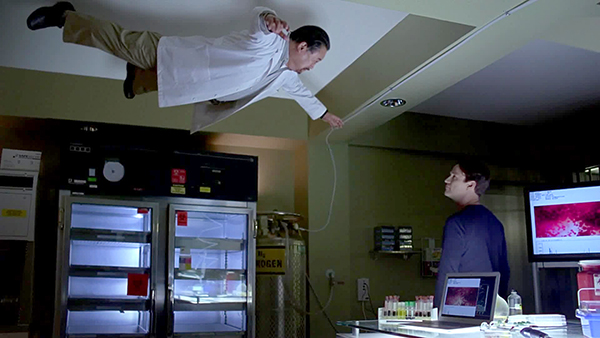 Jessica is screaming upstairs and Bill runs to her. He discovers her in a hysterical state and four dead faerie sisters are lying on the floor. I really hope those poor girls are only drained a bit and not dead. Jessica was afraid that Bill would not be able to control himself around the tasty smelling faeries, but it was Jessica who completely lost it and feasted on their intoxicating blood. She identified with those young girls and not she is hit hard with the reality again that she is not human anymore and capable of murder. Bill looks around the room in total shock: this is bad, this is so very bad. What the hell are they going to do now? 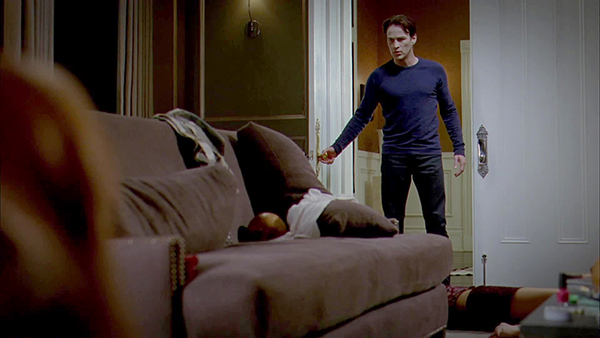