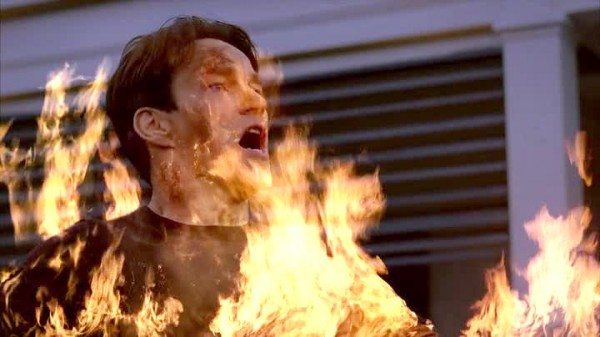 On this week’s True Blood, Bill and Jessica continue their conversation about Bill being able to see future events, but what he sees are just glimpses, he doesn’t know who is responsible or where and when the events will take place. Nevertheless Bill is determined to try and stop it, not only because that’s what’s Lilith wants him to do, but also because Jessica was one of the burning vampires in his vision and he would do anything to keep his progeny safe.

In his vision where Bill spoke with Lilith they were standing in the sun and he could feel the warmth on his skin. Bill sees this as a sign that he has become a day walker after drinking the blood of Lilith, immortal and he decides to go outside and await the sunrise. Jessica begs him not to do it; he is her world, her father, her maker and her friend, but she is unable to stop him.

The problem with prophesies from dead vampire goddesses is that the meaning is not always clear, and one could easily misinterpret the signs. Isn’t that right Bill? He thinks he is immortal because he survived a staking, but meeting the sun is a whole different kind of crazy. I didn’t expect Bill to be able to withstand the sun, he is powerful, but he is still a vampire, not a god. He does catch on fire very fast for such a young vampire, remember in the first season when he walked out to save Sookie and he burnt very slowly. Bill barely manages to make it back into the house, where Jessica puts him out with a blanket. Bill doesn’t understand, he is still completely lost comprehending his new powers and his limitations. 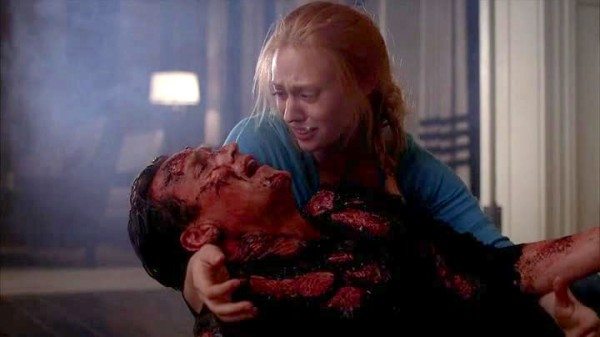 All healed after a good day’s sleep Bill wakes up and when he opens his eyes you can just tell that he has a plan. On his way out the door, Jessica stops him and convinces him to let her help him, he agrees and tells her to go fetch the Japanese scientist who invented Tru Blood.

In the meantime Bill goes knocking on Sookie’s door. Sookie is very suspicious and won’t even open the door, Bill tells her that he needs her help or Jessica, Pam, Eric, Tara and many other will die the true death. But of course she doesn’t believe him when he says that he has seen the future and she doesn’t want to invite him in the house. But Bill plays by a different set of rules now and he enters her house without an invitation.

This makes me wonder about Warlow. He is Lilith’s progeny, so he drank her blood, as did Bill. Does this mean that Warlow doesn’t need an invitation to enter a mortal’s home? That would make a total sitting duck of Sookie. 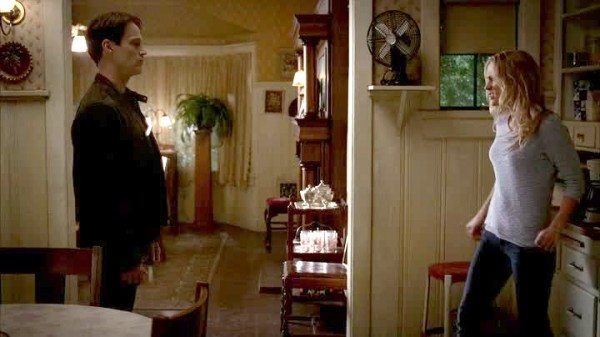 Jason comes running to the rescue but Bill pins him down to the wall with the power of his mind. Bill wants Sookie’s blood to the Japanese scientist could synthesize it. What does he want to obtain by that? Does he want to walk in the day light with the help of her blood?
Bill tells her that she will come with him, whether she wants or not to save Jessica and because it’s demanded of him. After he unsuccessful plates throwing Sookie plays the “if what we had ever meant anything to you” card again, girl friend that card smells like a three day’s old fish and has it ever worked? I don’t remember.
When Sookie refuses him her blood, he replies that she is now dead to him. “I’m good with that.”

So what happened to taking her blood with or without her permission? She might be dead to him now, but apparently he still loves/respects/tolerates her enough not to take it from her with force.

On his way back home Bill is stopped by Sherriff Bellefleur because he is breaking the vampire curfew. Bill picks up a scent that comes from a stuffed animal in the back of Andy’s car, it’s from one of his daughters, his faery daughters. Sookie is not the only faery in town and Bill sees another opportunity to obtain synthesized fae blood. 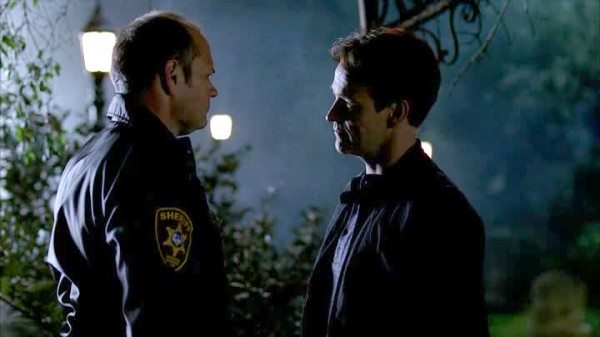