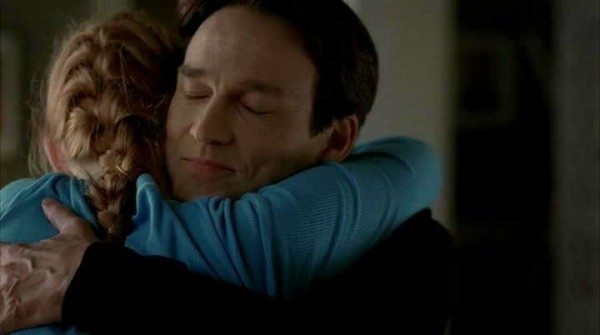 Welcome back Billsbabes to the Bill Compton Chronicles. It’s been a long wait for us Bill fans from the bloody disturbing way things were left in the Season 5 finale until last night where we finally discovered what Bill is or isn’t.

But did we actually learn what Bill is? I am as confused as I was 9 months ago when he rose from his own goo after drinking Lilith’s blood and disintegrating right before our very eyes.

There have been a lot of emotions and speculations in the Bill fandom regarding Billith and this first episode may have put our minds at ease a bit, at least Bill is not a blood covered zombie-vampire god, but it is still not clear what Bill is exactly.

The episode picks up right where we left off in the season finale and Bill runs around covered in blood, sounding more like a creature from the Jurassic Park franchise than a vampire god who has just risen from the undead. While the mixed gang of vamps and humans escape from the burning Authority building, they stop to watch Bill while he walks among the flames, lifts off and flies away into the night like a rocket. 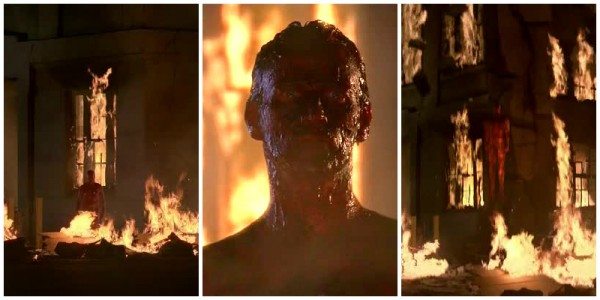 Sookie and Eric realize that if Bill wanted to kill them they would be dead already, he let them get away. While Eric and Nora are debating on whether Bill is Lillith in some form, Jessica is worried about the fate of her maker.

She asks Sookie is she still loves Bill.
“Bill was my first….everything. Loving him is just in my blood now.”
“Mine too.”

But Sookie saw him die and that thing that he is now, is not Bill and she things that they would have to let him go.

If I were Sookie, I would want to find out first what he is before I’d kick him to the curb. But with Sookie you are either in or you’re out, there is no grey area possible there.

Even if Jessica would be willing to let Bill go, he sure has no intentions of letting her go, he summons her with so much power that he almost rips his poor progeny in half. Obviously Bill is not aware of the effect his new powers have. Sookie decides to bring Jessica to Bill. 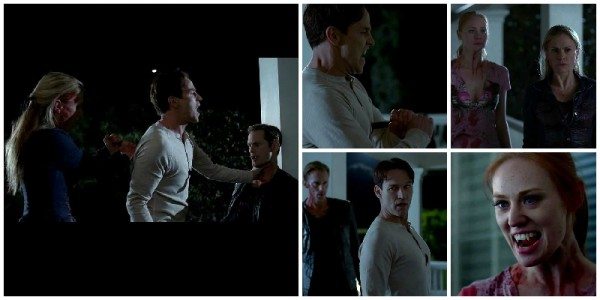 They find Bill outside on the terrace of the Compton Mansion, all washed clean, wearing our favorite white Henley and looking as fine as ever.  Eric and Nora come flying in and Eric tries to stake Bill, he struggles to keep the stake away from his heart and puts his hand on Eric’s throat. Sookie plants a stake in Bill’s back, she does is so forcefully that it comes out again through his chest.  Did she do this in an attempt to save Eric? His undead life was not in any danger, what was Bill going to do, choke him to death? To everybody’s surprise Bill does not turn into vampire goo, but removes the stake and lives. Bill does not mean to do any of them harm, but if they force him to defend himself again they will be sorry.

Six Seasons after Bill asked Sookie now it is her turn to ask him: “What are you?” Apparently he is still Bill Compton, but like an enhanced version. Bill 2.0. It’s also good to hear that he has abandoned the Lilith religion, that man is gone. Sookie wants him gone altogether and suggest he leaves town that very night. Jessica stands up for her maker and tells Sookie, Eric and Nora to beat it. Bill is very pleased and proud of Jessica for standing by him.

What follows is another touching scene between Bill and his progeny. Time and time again Stephen and Deborah Ann knock it straight out of the ballpark. We learn about another new power of Bill, he can move objects with his mind. Bill doesn’t know what he is and why he is. He seems to be as confused as we all are. Jessica is still very worried and afraid of Bill, but when he asks her to keep him honest and not let his new found power go to his head, her mind is put at ease and she realizes that Billith still has Bill Compton’s heart.

After kissing Jessica goodnight, Bill tries to relax with a book, but violent images in his mind disturb his peace… and a voice is calling his name… In his study he finds Lilith covered and blood and she brought two friends as well. They jump on Bill and enter his body. Ding dong the witch is not that yet. Lilith is back and that promises nothing good for Bill, I fear. 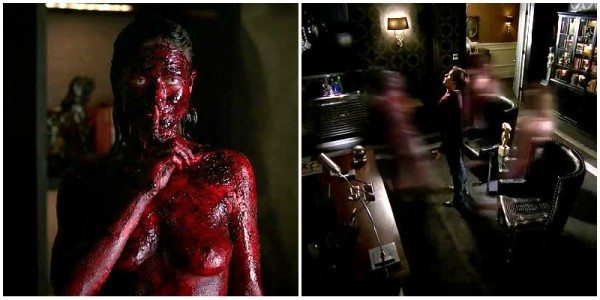