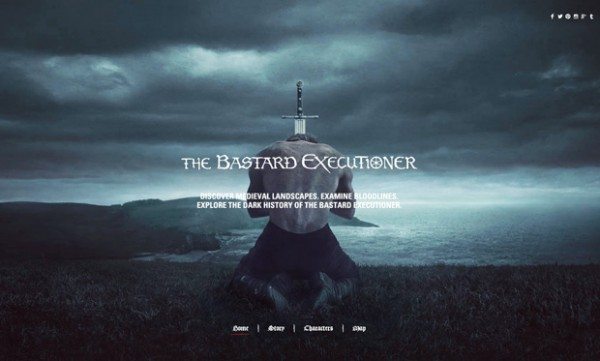 DVDs for the one and only season of The The Bastard Executioner from the Creator of ‘Sons of Anarchy’, Kurt Sutter will release on MOD starting tomorrow, June 14, 2015 from Fox and Amazon/CreateSpace as a manufactured on demand DVD.

The series has been available since the series began to stream for over a year, but not on DVD until now.

After only one season Kurt Sutter decided that since the show didn’t receive the ratings he has hoped that he would pull the plug on it.  Stephen Moyer played the part of Milus Corbett the often evil and devious Chamberlain with grand political aspirations, who we looked forward to seeing every week just to find out what he would do and to learn more about his past.  We were sad to see it end, but are happy that it’s finally now available in two formats so those who want to remember, or see it for the first time, will have a chance to do so.

The official description of the show is as follows:

The Bastard Executioner is a blood-soaked, medieval epic that tells the story of Wilkin Brattle, a 14th-century warrior, whose life is forever changed when a divine messenger beseeches him to lay down his sword and lead the life of another man: a journeyman executioner. Set in northern Wales during a time rife with rebellion and political upheaval, Wilkin must walk a tightrope between protecting his true identity while also serving a mysterious destiny.

Guided by Annora, a mystical healer whose seeming omniscience keeps Wilkin under her sway; manipulated by Milus Corbett, a devious Chamberlain with grand political aspirations; and driven by a deepening connection with the Baroness Lady Love, Wilkin struggles to navigate political, emotional and supernal pitfalls in his quest to understand his greater purpose.