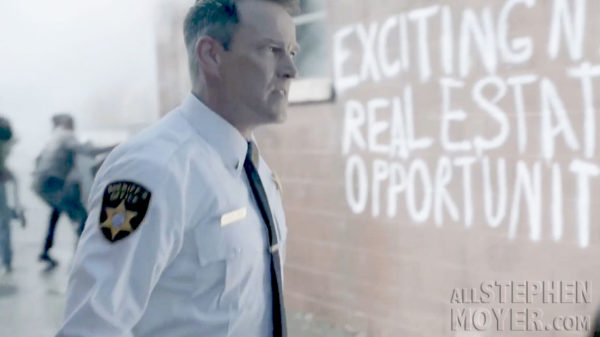 Wow, what an action-packed and almost disturbing hour of Shots Fired. The series is definitely hitting all the buttons on what’s going on in the US.  It may be controversial, but I say that’s good to wake us up to the reality out there.  Once again, I applaud the writers and all the cast for their superb work!

In this episode the town really erupts into violence and we learn that Arlen Cox may be involved in Jesse’s shooting.

TELL US WHAT YOU THINK OF LAST NIGHT’S HOUR 6 THE FIRE THIS TIME
BY LEAVING A COMMENT BELOW!

Below are a few screencaps of Stephen Moyer from the Photo Gallery for Season 1, Hour 6: