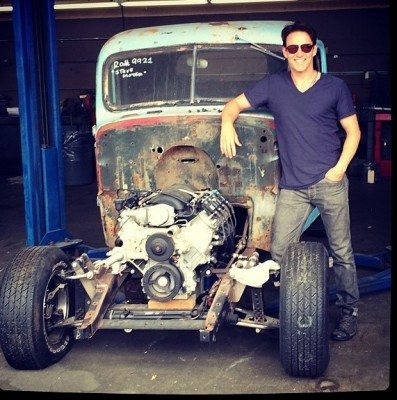 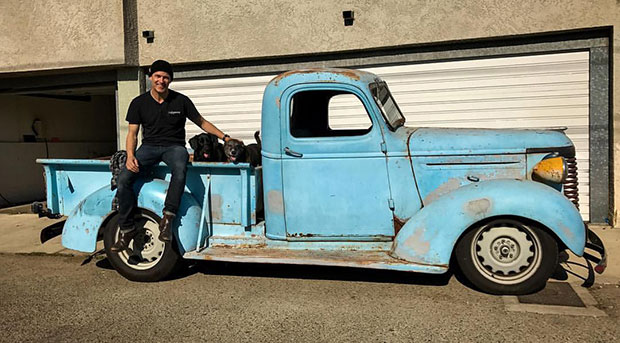 Below are the photos of his pickup truck that Stephen is obviously restoring.

Steve says: Went to see my 1940 Chevy pick up today @piccarwarehouse. It’s getting there slowly….

Seems like you have a bit of a way to go Steve, but yes, it’s coming along.

When we saw the truck photos, we vaguely remembered Stephen saying he was “like an old pickup truck” in an interview somewhere. So, we went on a quest to find it and, yea, we found it here.

Back when Stephen Moyer was participating in the Toyota Grand Prix Pro/Celebrity Race, held in April 2011 in Long Beach, California, he was asked, on camera, “what type of car best fits his personality?”

Great answer Steve, we love it! However, we sure don’t think you fit the description, we think you’re young and very sexy!

The interviewer posted this photo of a pickup truck in the video, illustrating his choice of car:

Watch the video where we see Stephen at about :54 where he talks about his fears and gives an answer to what kind of car he is.