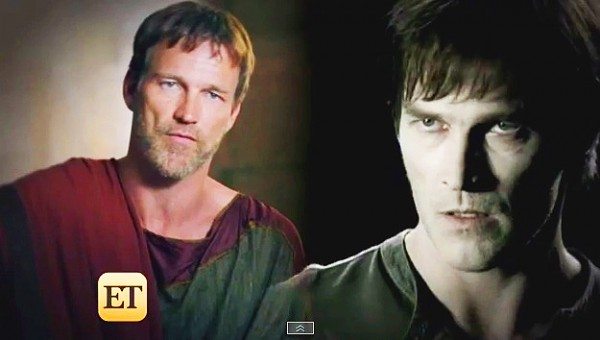 In the video below we get more information about Stephen Moyer’s upcoming TV movie, “Killing Jesus.” Interviewed in the video are Kelsey Grammer who plays King Herod and Haaz Sleiman who plays Jesus.

There is a brief mention of Stephen in the video with a photo of him compared to his True Blood character of Bill Compton, (see below). 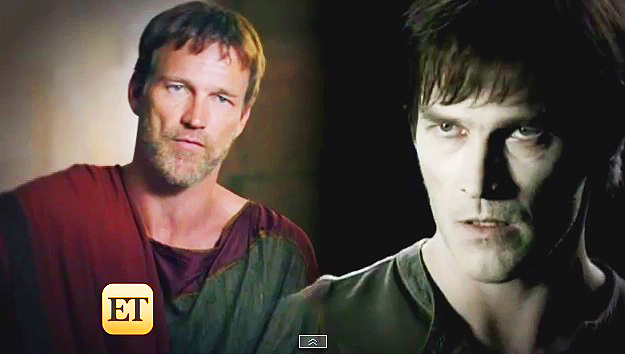 Kelsey says that the film is pretty graphic:

“I know there are some scenes that are pretty graphic, I think the beheading of John the Baptist is pretty serious.”

Bill Riley remarks about the righteous anger of Jesus:

“He was very intense and confrontational at the end of his life, Jesus was a revolutionary. He really was angry, but it was a righteous anger.“

Kelsey, who describes himself as a religious man, said his faith had nothing to do with his decision to play the part.

The movie has faced criticism for casting Haaz because he is a Lebanese actor raised as a Muslim, but he responds to his critics by quoting the Bible.

“If you really look at Jesus and what he says, ‘Love your neighbor as you love yourself,’ so how could you then say it’s teaching you to be hateful to someone else who’s different from you?” Haaz said.

Check our our Killing Jesus Movie & TV page we have just launched which will be updated as more information comes in about this project.  Click below to visit the page: