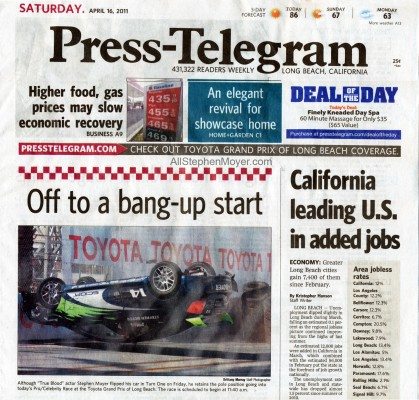 In yesterday Long Beach Press-Telegram newspaper, Stephen Moyer’s car flip is featured on the front page. The headline reads: “Off to a bang-up start!” Of course, this was published before Stephen withdrew from the Race. Still, what a dramatic moment it was! 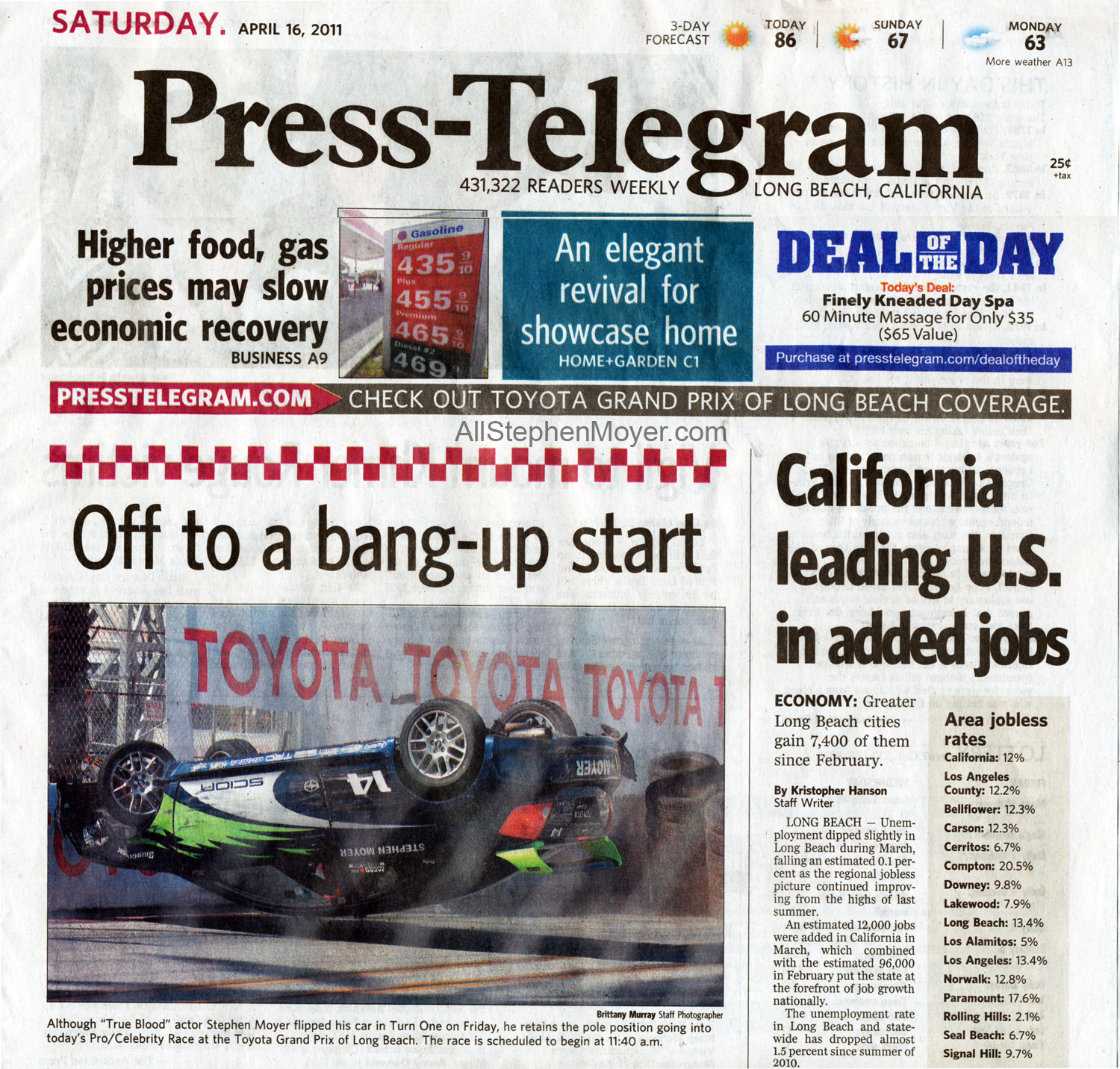 For a while Friday afternoon, Stephen Moyer looked every bit the pro in qualifying for the 35th edition of the Toyota Pro/Celebrity Race.

After turning a fast lap in the 30-minute session, the star of HBO’s vampire drama “True Blood” looked celeb-esque behind the wheel, crashing into the tire barrier in Turn 1 and rolling his car.

Moyer not only walked away from the wreck in one uninjured piece – that couldn’t be said of his well beat up dark blue No. 14 Scion tC – he walked away with the pole position for today’s race.

With the No. 1 qualifying time among the 13 celebrity drivers, Moyer earned the 14th annual “People” Pole Award and a check worth $15,000 for his charity of choice, Racing for Kids.

“I want to apologize to the rest of the drivers for ruining everyone’s qualifying session,” he said, “but I really wanted to get the money for the kids.”

Mission accomplished. His mission for today, at least as of later Friday afternoon, won’t be as serious.

“I think I’ll be taking it easy. We’ll see,” Moyer said. “I’m looking forward to it, but I’m definitely going to take that first corner easy and see what happens after that.”