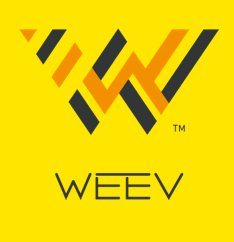 Stephen Moyer’s WEEV is taking off! With it’s quiet social video startup it is now slowly but steadily building a group of dedicated users.

“It’s been this slow burn,” says Weev CEO Andrew Sachs, referring to the app’s growing popularity. Based on user engagement, he thinks the company may be onto something, as the app has garnered a small but expanding and very loyal community.

Initially intended as a question-and-answer social video app, Weev quickly transitioned to focus on creating face-to-face conversations stitched together from short video clips submitted by users. Users fueled the transition, says Sachs, who co-founded the company with actor Stephen Moyer of TV’s “True Blood.” “Every time we do an update, we find out that the users move right past [our expected] boundaries in the app, because they want to converse.”

Early on in beta, average user time on the app was four minutes per session. Then at the end of February, Apple featured Weev as its best new app, and average session time quadrupled to 16 minutes.Comparatively, the average session on a music app is eight minutes, although they can run in the background for hours. On average, Weev users engage with the app three times a day. Sachs says his team was stunned by these figures, and the level of engagement.

There is also tremendous potential for Weev’s use by marketers, he notes. For instance, Stan Lee, co-creator of Marvel comics, used the app to ask users who their favorite superhero was. His two-second video received more than 500 video replies from users. Based on this and other enthusiastic responses, Sachs says he thinks marketers and brands could develop strategies for Weev that involve face-to-face conversations to drive engagement.

As mobile technology advances and video becomes easier to utilize, the future is wide open for marketers. When Weev launched about a year ago, the company knew it was getting into competitive waters. Social video companies like Vine, Riff (Facebook’s answer to Vine), and live-streamers Meerkat and Periscope, bought by Twitter earlier this year, have all gotten big press. But, adds Sachs, “we’re in the infancy of social video and what is possible.”

Are you on WEEV yet, it not, why? You can sign up here.