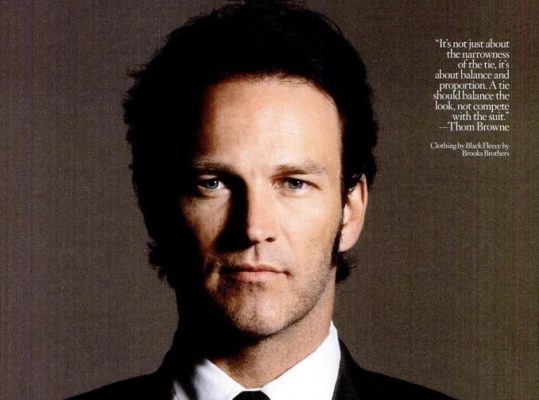 We saw these lovely photos of Stephen Moyer taken by photographer, Andrew Macpherson a long time ago, but never knew how they were used. Now we know that Stephen’s photos were featured in Best Life Magazine in 2008 in an article titled, Fat Tie vs. Skinny Tie.

The magazine which was under the publication of Men’s Health, we think has been discontinued, but thanks to LifeIsNotEasy, we have scans from the article.

The article compares two different styles in men’s suits, the 60’s (skinny tie, wide lapels vs. wider tie and wider lapels). I have to admit that it took me a few minutes to even notice since I was staring elsewhere. Stephen sure can wear both versions of the tie and lapels well, don’t you think? 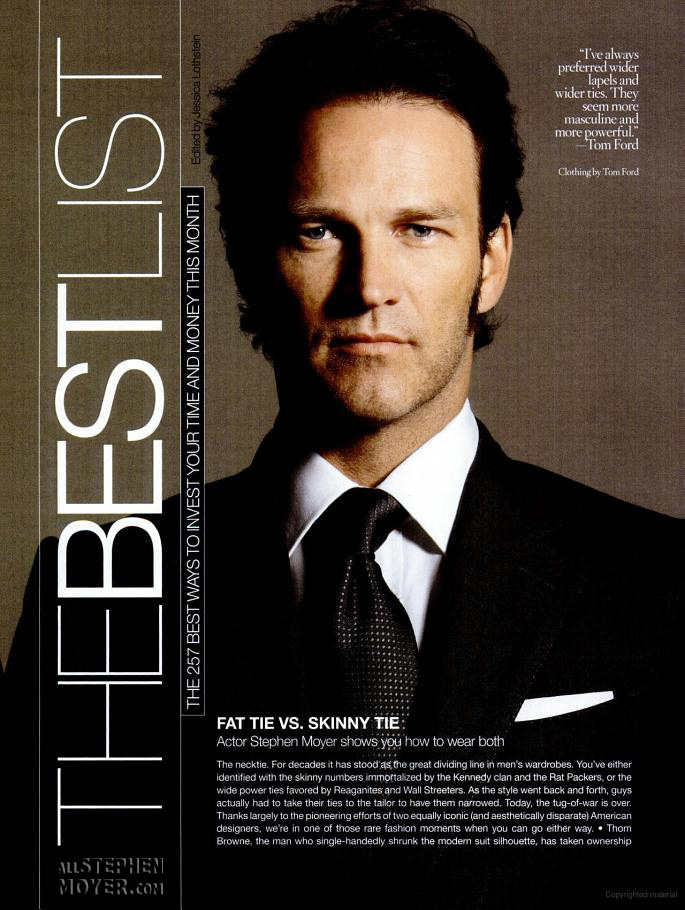 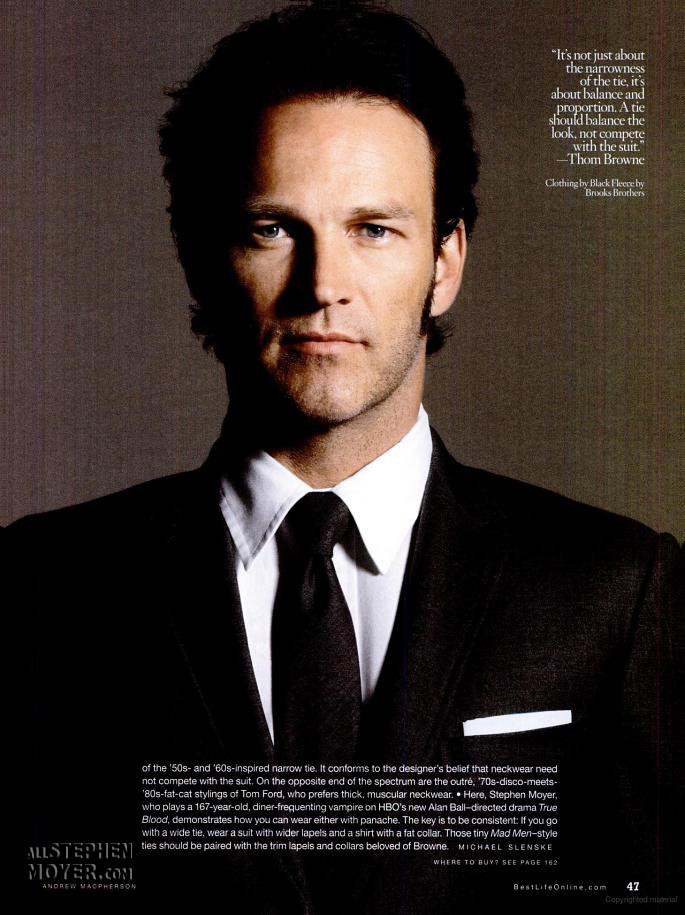