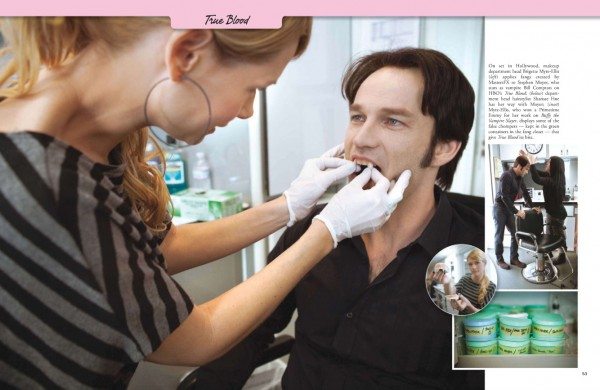 Here’s a photo that shows Stephen Moyer in Emmy Magazine getting a fitting of his Bill Compton vampire teeth. It also appears that there are containers for the teeth of the other cast members in the section of the photo in the lower right. And, is that Stephen getting the Bill hair styling? Sharisse Fine is the new head hairstylist for season 3.