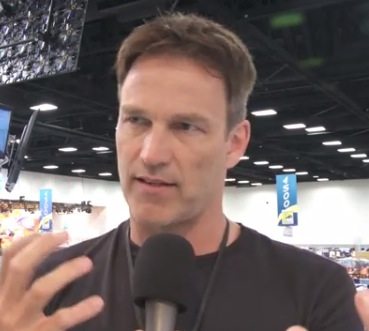 Video from San Diego Comic-Con 2014 with the Stephen Moyer and all the cast of HBO’s True Blood. Stephen’s interview starts about 10 minutes into the video.

He talks about what’s next for him, directing a film script for Denis O’Hare and a series that he is going to direct, but he’s not sure.  He also has some acting that’s coming up.  However, he talks about “stopping” and taking a vacation with Anna and the family.