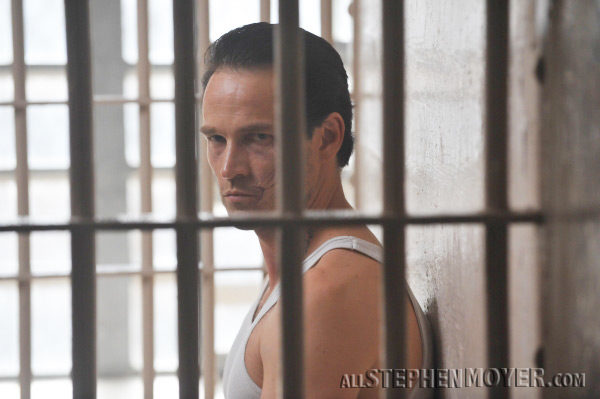 We just reported about Stephen Moyer’s appearance in the children’s program, Phineas, and Ferb. But his upcoming film, The Double which opens in theaters Friday is not so gentle. The film centers on a retired CIA operative (Gere) and a newbie FBI agent (Grace) hunting down a notorious Soviet assassin. Moyer plays a jailed Russian killer believed to know where the culprit is. 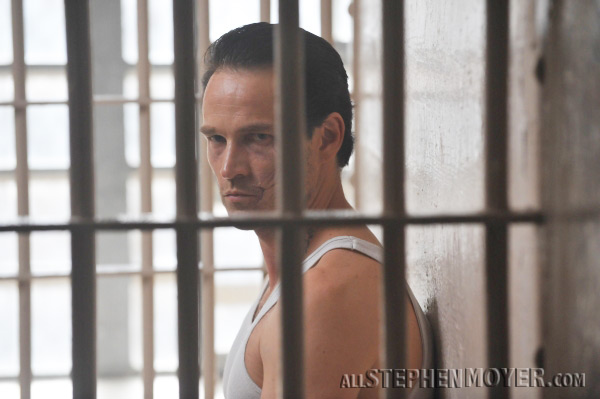 Stephen is covered in tattoos and has a gnarly scar on his face. Most of his work in the film takes place in a basement jail cell reserved for solitary confinement. They shot on location inside a working prison in Michigan.

“I got them to lock me in one of the cells and leave me there for awhile,” Moyer said.” I wanted to see what you could do in a space that big. How are you able to exercise? What is there to look at? It was very interesting and I enjoyed it—in a very masochistic way.”